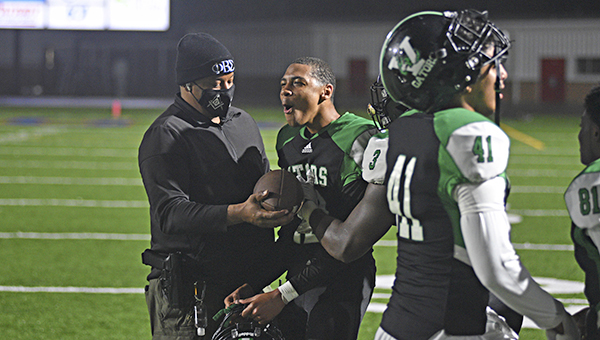 Four Down Territory: All about kickers and Costello

You’re in Four Down Territory, where each week we will highlight four notes, stats, trends or happenings from the weekend that was in Mississippi high school, college and NFL football.

1
The first three weeks of the season had not gone very well for Vicksburg High kicker Chris Williams.

The senior barely got on the field the first two week as the Gators suffered back-to-back shutout losses. When he did get a chance, in Week 3 against Natchez, he missed two PATs in a 34-32 loss.

The fourth time was the charm. Williams kicked a 25-yard field goal as time expired to give Vicksburg a 23-22 victory over South Pike. He also went 2-for-2 on PATs earlier in the game, and earned a ride on the shoulders of his teammates after hitting the game-winner. That victory ride came after he took a lap of his own by running around Viking Stadium.

“Nothing but happiness. I couldn’t do anything else but run. It filled my body with energy, basically. No words can describe that moment,” Williams said.

Williams’ field goal capped a remarkable second-half comeback for the Gators (1-3). They trailed 22-0 with less than four minutes left in the third quarter, but scored on each of their last four possessions to rally for the win. Included in the comeback were a 96-yard scoring drive and a six-play march in the last 1:47 to set up Williams’ game-winner. After all that work, Williams credited his teammates for giving him the chance to be a hero.

“I was just making sure I stayed focused and trusting my teammates,” Williams said. “After the fact, I was grateful for the people that put me in that position, and then for my coaches having faith in me to make that game-winner. And just blessed. That’s nobody but God right there.”

The win was Vicksburg’s first of the season. Things will get considerably more difficult this Friday, when they face No. 3 Neshoba Central (4-0), but Williams said the comeback and thrilling finish gave the Gators a confidence and morale boost they needed after an 0-3 start.

“I think it’s a motivator and it shows us our potential and what we can do. We can go 6-3 and get on this six-game streak. I think it’s showing our capability and the world, our city and our state that we’ve got it,” Williams said.

2
Williams was not the only specialist in Warren County who had a big game last weekend.

When Warren Central kicker and punter Josh Griffin had to sit out Friday’s Region 2-6A opener against Germantown because of a quad injury, junior backups Brandon Gilliam and Riley Lampkin stepped in and stepped up. 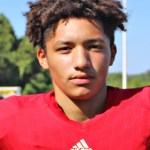 Gilliam pushed a 37-yard field goal wide left in the second quarter, but went 3-for-3 on PATs and recorded three touchbacks on four kickoffs.

Lampkin punted four times — all from midfield or inside Germantown territory, which tamped his average down to a modest 33.0 yards — and had three of them downed inside the 20-yard line. That included one punt that was downed at the 1-yard line in the fourth quarter. Germantown running back Nick Barnes was tackled in the end zone for a safety on the next play, for the final points in the Vikings’ victory.

“We coach them all, and rep them a lot, and try to have that next man mentality. We’re proud of them. They were ready to go and did a really good job. That was really impressive,” Warren Central coach Josh Morgan said. 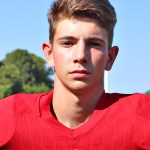 3
In keeping with the kicker theme, another one from Mississippi had the best game of his storied NFL career to continue an early-season redemption story.

Tennessee Titans kicker Stephen Gostkowski, a former Madison Central star, kicked a career-high six field goals in a 31-30 victory over the Minnesota Vikings on Sunday. Three of Gostkowski’s field goals came from 50 yards or more, including a 55-yarder with 1:44 left in the game that put the Titans ahead for good. He also was good from 30, 31, 39, 51 and 54 yards.

Gostkowski is one of the most accurate kickers in NFL history and won three Super Bowls as a member of the New England Patriots. His first season in Tennessee got off to a shaky start as he missed three field goals and a PAT before hitting the 25-yard game-winner in the final minute of a 16-14 win over Denver.

Since then, Gostkowski is 9-for-9 on field goals and 4-for-5 on PATs. He has made a game-winning field goal in the last two minutes of all three of the Titans’ games this season. The Titans have a net scoring margin of six points.

“You play this game for a long time, and you are going to have good and bad things happen,” Gostkowski said in a postgame video conference on Sunday. “Obviously I was rusty that first game — I didn’t feel great, and obviously played one of the worst games I’ve ever played. But the worst thing you can do is change everything — you need to stick with what gets you there … and focus up a little more.

“It’s nice to be up here not in an embarrassed state and be excited for a victory,” he added. “It’s a lot more fun to be an asset than a liability.”

4
It took all of one game for Mike Leach’s Air Raid offense to make a statement in the Southeastern Conference, as the Bulldogs rewrote the record books in a season-opening 44-34 victory over defending national champion LSU on Saturday.

Quarterback K.J. Costello, making his first start after coming to Starkville as a graduate transfer from Stanford, passed for an SEC-record 623 yards. He also set Mississippi State records for completions (36) and attempts (60), and tied a school record with five touchdown passes.

The previous SEC record for passing yards in a game was 544, set by Georgia’s Eric Zeier against Southern Miss in 1993. Dak Prescott had held the MSU school record of 508 against Arkansas in 2015.

On Monday, Costello was named the SEC’s Offensive Player of the Week. 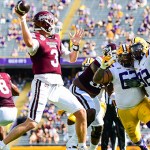 “I’m speechless about everything that happened today,” Costello said after the game. “A year ago I couldn’t even throw a football. I was battling back. I was able to meet Dak before the season started in Southern California. He was training out there. He’s been a guy that I’ve watched work out. He works out incredibly hard. To be mentioned in the same sentence as him is crazy. To break his record, it doesn’t necessarily sit with me. I still have a long way to go. We have a long way to go. We’re going to enjoy this one night then move on come Monday.”
The record for passing attempts had been 53, set by Joe Reed against LSU in 1970.

Osirus Mitchell, Kylin Hill and Ja’Vonta Payton each had more than 100 receiving yards, marking only the second time in MSU history that it has had three 100-yard receivers in the same game. The only other time it happened was in the 2014 Orange Bowl against Georgia Tech.

The Bulldogs had 16 plays of 20 yards or more, and 10 different receivers caught a pass. Its best big-play game last season was against Arkansas, when it had nine plays of 20-plus yards.

After beating LSU, Mississippi State entered the Associated Press Top 25 poll at No. 16.

“Going into the game I guess we thought they would play looser than they did,” Leach said. “They’ve got a lot of four across in their arsenal and we thought they’d play looser. It turned out they didn’t play so loose, then the space was getting crowded, so we felt like we ought to go over the top. K.J. (Costello) threw some good balls and we made some really good catches too.”

A recap of how players from the Vicksburg area did in college football and NFL games over the weekend: •... read more