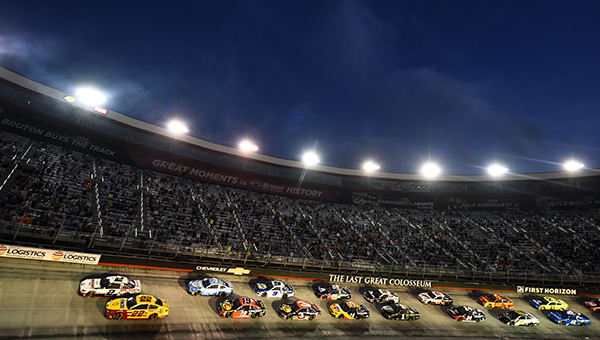 DAYTONA BEACH, Fla. — NASCAR’s Cup Series drivers will have to eat dirt and learn some new tricks next season.

NASCAR released its 2021 schedule on Wednesday, and it includes the addition of three new tracks and new layouts at two others. It’s the largest number of new venues that NASCAR has added to its schedule in a single year since 1969.

The high banks of Bristol Motor Speedway will transform into a dirt track for a Cup Series race on March 28, the first premier series race on dirt since Sept. 30, 1970 at the North Carolina State Fairgrounds in Raleigh.

The new road courses are Circuit of the Americas in Austin, Texas, on May 23; Wisconsin’s Road America on July 4; and the Indianapolis Motor Speedway Road Course on Aug. 15.

Circuit of the Americas and the Indianapolis road course will host Cup races for the first time. The latter hosted an Xfinity Series race this season. Road America will host its first Cup race since 1956.

The addition of those tracks to the schedule means there will be six road course races on the 36-race schedule. Sonoma and Watkins Glen will maintain their traditional dates in June and August, respectively, and the Charlotte Roval will once again be a playoff race in October.

In addition to those new venues, NASCAR will race at Nashville Superspeedway for the first time on June 20.

“We developed the 2021 schedule with one primary goal: Continue to take steps to create the most dynamic schedule possible for our fans,” said Steve O’Donnell, NASCAR executive vice president and chief racing development officer. “Extensive collaboration between NASCAR, the racetracks, race teams and our broadcast partners allowed NASCAR to create what promises to be an exciting 2021 schedule of races.”

To accommodate the new races, several tracks lost races or had alterations to existing dates. NASCAR will not run at Chicagoland or Kentucky in 2021. Chicagoland first hosted a Cup Series race in 2001, and Kentucky in 2011.

The Nashville race was procured from Dover, and Michigan International Speedway also lost one date.

Texas will host the All-Star Race on June 13, but will not have a points race during the regular season. It will host a playoff race in October.

The Brickyard 400 — run on the oval of Indianapolis Motor Speedway since 1994 and considered one of the Cup Series’ most prestigious races — will be contested on Indianapolis’ road course. It will be on Sunday, Aug. 15, and its weekend will include an IndyCar race on Aug. 14.

“At the end of the day, we are an oval track, and the Indy 500 sets the tone for what we’ve been about, but for the last 20 years, we’ve had an FIA Grade 1 road course,” IMS president Doug Boles told The Indianapolis Star. “It’s not a spring chicken anymore. There will be some customers that are oval fans, and frankly, the racing the last few years on the oval in Cup has been marginally better but this just adds a new twist. It freshens up the weekend with something brand new, and our fans normally enjoy that.”

NASCAR will open its Cup Series season with two consecutive races in Florida. As is tradition, the season will kick off with the running of the Daytona 500, at Daytona International Speedway, on Feb. 14. The second race of the season is the following week at Homestead-Miami Speedway.

The two Pocono races will be a weekend doubleheader, with one race on Saturday, June 26 and the other on Sunday, June 27.

After an overhaul for the 2020 season, the only change in the 2021 Cup Series playoffs will be a swap of dates between Texas and Kansas in the Round of 8.

The playoffs begin at Darlington on Sept. 5. Other playoff races are at Richmond, Bristol, Las Vegas, Talladega, the Charlotte Roval, Texas, Kansas, Martinsville and Phoenix.

Phoenix will host the championship race for the second consecutive year, on Nov. 7, 2021.