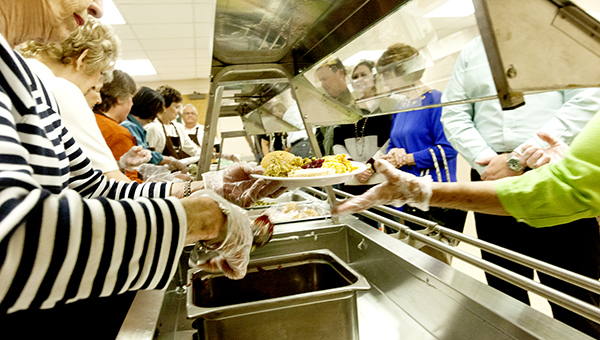 Crawford Street pastor Rev. Kevin Bradley said the church’s dinner committee decided to cancel the event and the decision was shared with the church’s administrative board Tuesday.

“It’s with concerns related to COVID-19 and doing what’s best, not only for the volunteers but folks who would normally come to the turkey dinner,” he said. “It was one of those very difficult decisions that a lot of thought and prayer went into discerning what is the right thing to do in this season and that’s where we arrived.”

Church members were notified about the dinner’s cancellation by email.

The church began holding the turkey dinner more than 100 years ago. Besides being a popular and well-attended event in the community, the dinner is a fundraiser for the church with the money divided three ways. One-third of the money is spent globally, one-third in the United States and one-third locally.

In the past, money raised by the dinner has been used to buy mosquito nets for Africa and cows and goats for people in impoverished countries through the Heifer Project International, a program based in Arkansas.

Tuesday’s horrific death of 6-year-old Kealan Andrews in an early-morning fire shook the entire community. Since then, a number of... read more