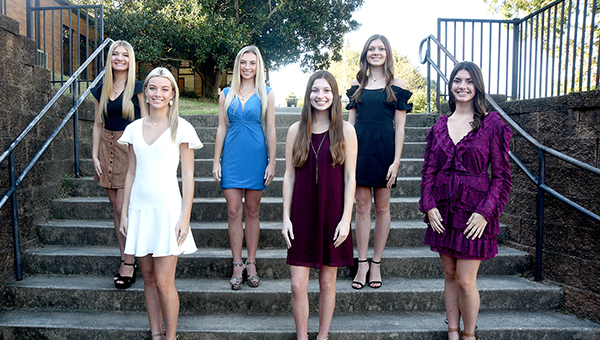 St. Aloysius will learn who the 2020 Homecoming Queen will be a night earlier than originally planned after the school’s homecoming football game was moved from Friday to Thursday.

The members of the school’s Honor Court who will vie for the title of Homecoming Queen include Kendyl Rice, Ashley Jarratt, Taylor Chewning, Bradi Davidson, Natalie Burke and Sara Pratt.

Homecoming festivities will take place during halftime of the Flashes’ football game against Adams County Christian School. Kickoff is at 7 p.m.

The game was moved up one day because of the approach of Hurricane Delta, which is forecast to hit the Louisiana coast on Friday afternoon and track through Central Louisiana and toward Western Mississippi Friday night into Saturday.