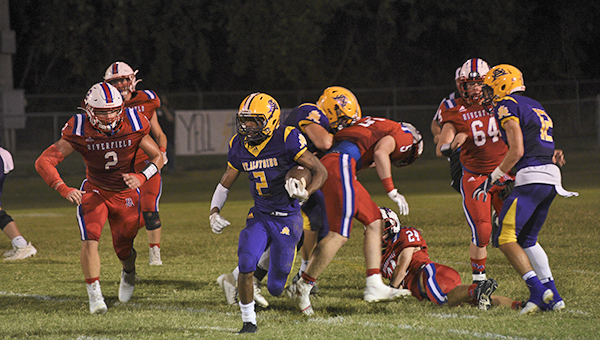 With Hurricane Delta wiping out most of the weekend sports calendar in Vicksburg, and also forcing us to hunker down for a couple of days, this seemed like a good time to let the mind wander. Without further ado, here is a random collection of musings on sports and the world in general for a rainy weekend:

• The power points system the MAIS uses to determine its playoff teams is both wonderful and cruel.

It gives teams like St. Aloysius, which scored 12 points in five games, hope that one win can turn its season around — which it did; the Flashes are in contention after a couple of forfeit wins and a 38-0 rout of Silliman. It also makes every game mean something to someone, which creates some wild and interesting scenarios the last week or two of the season.

At the same time, it leads to potential scenarios like Porter’s Chapel Academy possibly being bounced out of the playoffs with a .500 record in favor of a team with zero or one wins, simply because the math favors the latter.

• What would happen if a Delta Force operative drove his Oldsmobile Delta 88 to the airport and took a Delta Airlines flight to the Mississippi Delta, during Hurricane Delta, to visit Delta State University and provide security for Delta Burke so she could sing a cover of “Delta Dawn” to a group of Delta Delta Delta sorority members?

• The first couple of weeks of the 2020 SEC football season felt like a return to normalcy. Even with some college games, high school games and the NFL playing before that, there wasn’t the same energy that normally accompanies the start of football season. Hearing the “SEC on CBS” theme fire up and watching Mississippi State and LSU charge out of the tunnel a couple of weeks ago was like a lightning bolt to a zombified heart.

• Quarantines and an abundance of caution might be what it takes to control the spread of COVID-19, but I’m still not sure it mixes very well with trying to play a full sports schedule.

By the end of this football season, some team is going to have to forfeit a key district game or playoff game because a student who might or might not even be on the team tested positive for the virus. It won’t be their fault. It won’t be anyone’s fault. But it will be unfortunate, and it’s the path we’ve chosen.

• If all of the cereal mascots fought, who would win? Would Count Chocula turn the Lucky Charms leprechaun into a vampire? Does Snap, Crackle and Pop really refer to the sound Rice Krispies makes, or is it what they’d do to the bones of the laid-back Sugar Bear? Is Cap’n Crunch’s military strategy enough to overcome the hyperactive randomness of the Trix Rabbit?

Now I’m hungry. Time to go eat some breakfast and listen to the wind blow.

The Vicksburg YMCA Flag Football league recently kicked off its 2020 season with a series of scrimmage games at Sports... read more