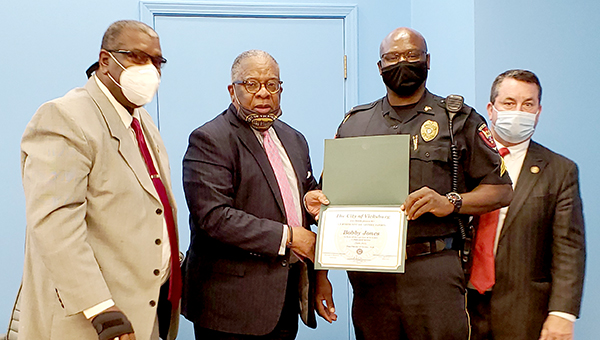 The Mayor of Board and Aldermen Monday honored a member of the Vicksburg Police Department as he reached a career milestone.

Sgt. Bobby Jones, was recognized during Monday’s meeting, on his 20th anniversary with the Vicksburg Police Department.

Jones is the traffic department’s supervisor.