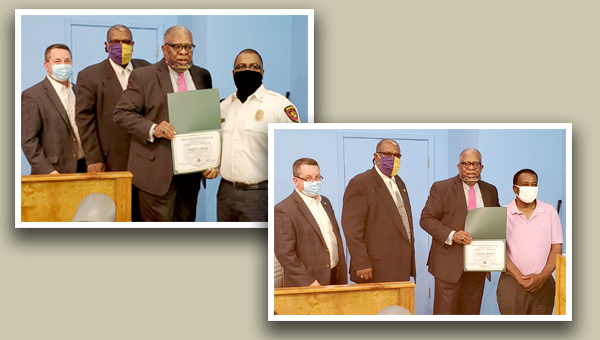 The Vicksburg Board of Mayor and Aldermen Friday honored three members of the Vicksburg Fire Department for reaching significant career milestones. Each member was recognized for their 30 years of service.

Captain James Jones, Captain Jeffery Ross and Battalion Chief Carl Carson were each mentioned during Friday’s board meeting. Ross and Jones were on hand to receive their certificates. Carson was unable to attend Friday’s meeting

Adolph Rose Antiques to close; building to be sold

Malcolm Allred and his wife Karen walked through the collection of antiques and collectibles on the first floor of their... read more