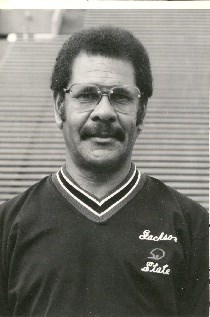 One of Gorden’s first head coaching jobs was in Vicksburg, at Rosa A. Temple High School. He led the Buccaneers to a perfect 11-0 and the Negro Big 8 championship in 1966.

Gorden left Temple after that one season for a job on Jackson State’s staff, and spent 10 years as the defensive coordinator and assistant head coach before becoming head coach in 1976. Gorden also coached JSU’s baseball team in 1971 and ‘72, and won the SWAC title in 1971.

After coaching two games on an interim basis in 1976, Gorden remained as Jackson State’s head coach until 1991. He only had one losing season and one other .500 season, and finished with a career record of 119-48-5.