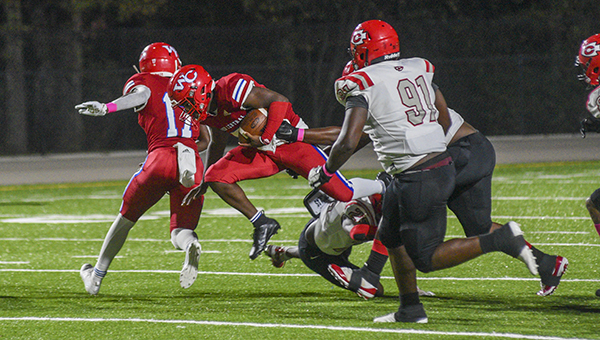 Warren Central slid down in one poll, and out in another in the latest Mississippi Associated Press high school football rankings Tuesday.

Warren Central will host South Panola this Friday at 7 p.m.

In Class 6A, Starkville, D’Iberville and Northwest Rankin rounded out the top five.

Picayune (8-0) was ranked No. 1 in the Class 5A poll for the first time this season, after the previous No. 1 lost for the third week in a row. West Jones is No. 2, Neshoba Central No. 3, and Ridgeland and Lafayette rounded out the top five.

Other top-ranked teams were Nanih Waiya in Class 1A, Taylorsville in 2A, Magee in 3A, Louisville in 4A, and Madison-Ridgeland Academy in the MAIS poll.