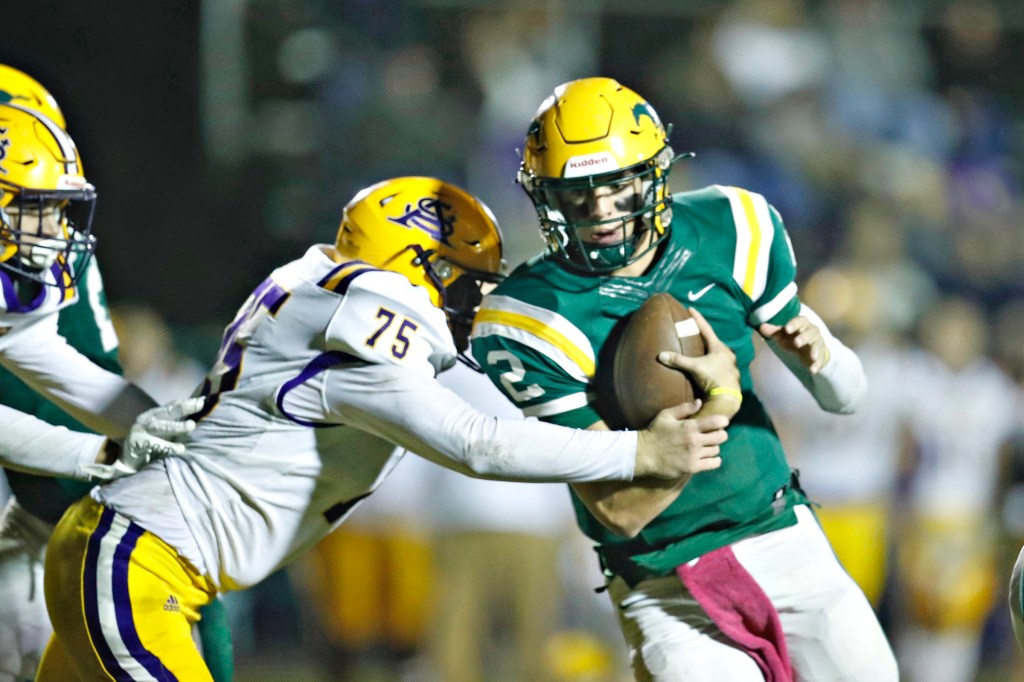 St. Aloysius came out of the gate fast Friday night and caught Pillow Academy napping. Once the Mustangs woke up, however, they put the Flashes’ season to bed.

St. Al jumped out to a 14-0 lead by scoring on its first two possession, but Pillow scored the next 42 points and went on to win 62-28 in the first round of the MAIS Class 5A playoffs.

The loss ended a rollercoaster season for St. Al (4-7) in which it scored one touchdown in its first six games, then won two of its last four games to make an improbable playoff run. St. Al reached the postseason for the seventh time in eight years, but lost in the first round for the fourth consecutive time.

Pillow Academy (8-3) advanced to the second round to face District 3-5A champion Adams County Christian (8-2). ACCS had a first-round bye.

St. Al coach Stacy Sizemore said he was proud of his team for the fight it showed all season long.

“I firmly believe that each and every kid on our team plays to the very best of his own ability. They play with heart and determination no matter who they are up against, and I am proud of every one of them,” Sizemore said. “I know the score doesn’t show it, but we are so much better as a team than when we started the season.”

Sizemore had some extra praise for his seniors.

“I want to thank our seniors for working hard and giving everything they had this season,” he said. “I am proud of them. They showed a lot of character fighting through the adversity that was in front of them.”

Brennan Williams led St. Al’s offense with 163 rushing yards and two touchdowns on 22 carries. Tristan Wilbanks and Greg Allen also scored touchdowns as the Flashes jumped out to a 14-0 lead in the first half.

Pillow, however, got a long kickoff return by Hayes Bennett, scored, and then recovered an onside kick and scored again. The Mustangs erased their deficit in about three minutes and started to take control.

“That onside kick was huge because at that point, we couldn’t stop them,” Pillow head coach Tripp McCarty said. “We just needed the ball.”

Lessley’s big night gave him 17 touchdowns for the season, which ties a school record. Sizemore said after Pillow’s rally to tie the game, it started to overwhelm the Flashes with superior depth and size.

“We were up 14-0, then they took over the game. We were worn down by the end,” Sizemore said.
Greenwood Commonwealth sports editor Riley Overend contributed to this report.