Sports column: Playing the waiting game during a lull in the calendar 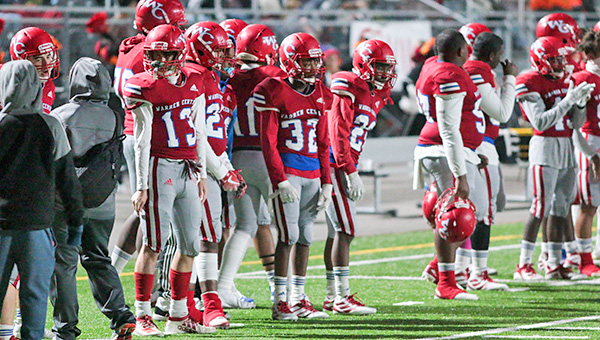 As I sit here writing this, it feels like Warren County’s sports scene is in the middle of a doughnut — or the eye of a hurricane, which might be more appropriate as Zeta rips up the Gulf Coast shoreline.

A most unusual football season is winding down. Most of our high school teams are finished with their seasons, or soon will be, but not after weathering a storm of forfeits, bad weather and assorted highs and lows on the field.

Southern Miss is looking for a head coach — again — after Scotty Walden resigned to take over Austin Peay’s (pronounced like the letter “P”) program. Yes, Scotty is going to Peay. Snicker all you want, it’s funny.

And if you’re counting along on the tote board, that’s three head coaches in five games, which might be an FBS record. One more, and the fourth coach is free.

Basketball and soccer season are getting under way on the high school level, just a week or two after the NBA season concluded. Mississippi’s high school teams will begin the regular season next Thursday. There are some preseason games this weekend, including a soccer match Saturday afternoon between Vicksburg High and Warren Central, but everything starts for real in a few days.

When it comes to COVID-19, we’ve managed to come through the fall sports season without incident. Let’s hope our luck holds up when we go inside and start breathing all over each other in tighter quarters.

College and pro sports, with the exception of football, are now in between seasons. Last weekend’s NASCAR race at Texas was even in a rain delay for three or four days.

The Mid-South Association of Independent Schools and Mississippi High School Activities Association are both getting ready to release their latest reclassification configurations in the coming weeks. The MAIS usually finishes in mid-November and the MHSAA surprised us by releasing its entire alignment on Thursday. Warren Central’s move from Region 2-6A to Region 3-6A certainly raised an eyebrow or two.

Halloween is Saturday, which in 2020 means candy sent through tubes or down zip lines. Homeowners opting for the tubes should make it interesting and turn those pieces of PVC into air cannons. With a small compressor, a couple of valves and instructions easily found on the Internet, I bet you could have some real Halloween fun. You can have this King Size Snickers, Little Jimmy, if you can catch it coming out of this homemade rocket launcher at 110 mph.

Oh, and parents? We roll the clocks back an hour Saturday night, so your kids can have some extra time to enjoy their sugar high.

There’s a lot to look forward to and a lot to look back on this week, it seems. Just not a lot going on. Guess we’ll have to find some way to pass the time. Maybe the NASCAR race at Texas is still on.