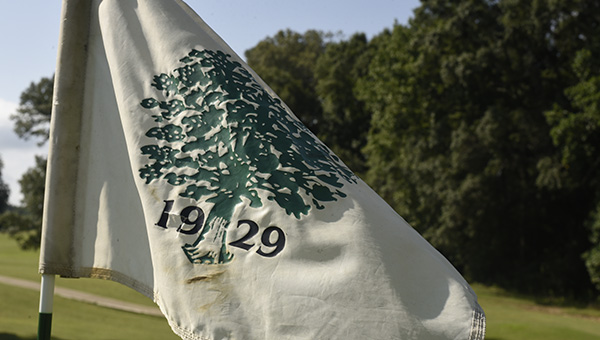 Chase Smith and Trent Adams turned a second-round rally into a nice payday.

The duo shot a 69 on Sunday to erase a two-stroke deficit and finish first in the championship flight at the Vicksburg Country Club’s Fall 4-Ball golf tournament. Smith and Adams beat the team of Warren Hood and Pierson Waring by one shot to take home an $800 top prize.

Hood and Waring shot 64 on Saturday, but finished with a two-round total of 135 after shooting 72 on Sunday. They still earned the $400 second prize. Smith and Adams finished at 136. Jeff Harpole and John Halpin Caldwell were third, at 138.

Other flight winners were the teams of Randy Martin and Donnie Spears, who shot 144 in the first flight; and Trey Martin and Jim Warren, who shot 153 to win the second flight.

The 4-Ball tournament featured 19 teams and 38 golfers, and served as a lead-in to the 4th annual Red Carpet Bowl Invitational Golf Tournament scheduled for Nov. 7 and 8 at the Vicksburg Country Club.

The Red Carpet tournament will follow a 3-man scramble/shamble format, and has cash prizes of $1,000, $600 and $400 for the top three teams, as well as other prizes for longest drive and closest to the hole.

The entry fee for the Red Carpet Bowl Invitational is $450 per team. To register, call VCC golf pro Kent Smith at 601-636-8581, or email him at kent@vicksburgcc.com.

Four Down Territory: Region 2-6A is a tangled mess, Ole Miss’ offense is good and Mississippi State’s is not

You’re in Four Down Territory. Each week we’ll break down four notes, nuggets, stats and trends from the weekend that... read more