Vicksburg to host conference on the growing hemp industry 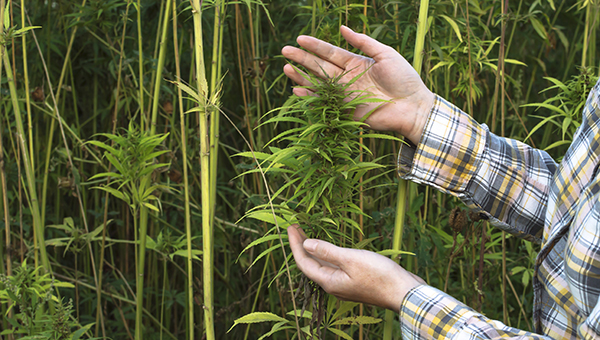 People from across the ArkLaMiss region will meet in Vicksburg in December to discuss growing and marketing hemp.

But the National Hemp Growers Cooperative Hemp Conference Dec. 10 and 11 at the Vicksburg Convention Center will not discuss how to take advantage of growing and selling marijuana for medicinal purposes in the wake of the passage of Mississippi’s marijuana referendum. They’re going to be talking about a different species — industrial hemp.

The difference between the two is the amount of the chemical that makes marijuana a drug, tetrahydrocannabinol, or THC, co-op co-founder Nick Walters said.

“Industrial hemp has to be under .03 percent THC. If it gets higher than that, it’s moved into a narcotic,” he said, adding the amount of THC in the plant is determined by the seeds for the plant, and the plants are tested for THC levels.

“The genetics of the seed is what you’re really concerned about to make sure you don’t grow too hot or past the 0.03 level,” he said. The taller the plant grows, he said, the lower its THC level.

Walters said the 2018 Federal Farm Bill made growing industrial hemp legal at the federal level and each state had the opportunity to adopt its own rules to license and regulate the plant. Mississippi, he said, follows the federal guidelines.

He the reason for the co-op is “there is a great need in the hemp industry for consistency on behalf of the growers if they are going to access markets for the crop. The idea is a true cooperative model so they are pooling their resources and are able to take advantage of working together instead of alone.”

Industrial hemp is grown worldwide for a variety of products, including an oil called cannabidiol, or CBD, which has medicinal uses. CBD was the main reason people began growing industrial hemp in the U.S., Walters said, adding the market for the oil became overloaded, drastically dropping the price of CBD.

“Oil prices are way down,” he said. “A lot of farmers got burned because they grew a crop but didn’t know who would buy it.”

Walters said most of the focus of the December conference will examine markets for the plant’s fiber, which can be used in plastics, door panels, the automotive industry, bioenergy and paper.

“But if our members want to continue to grow it for the oil then we ‘ll do everything we can to find the right markets and be successful,” he said. “But we just know there’s so much more to the plant than oil. We want to be able to give them all the opportunities and we believe there are more opportunities with fiber.”

Walters said the decision to concentrate on Arkansas, Louisiana and Mississippi is because each of those states is behind the curve from the rest of the states on growing. Some of that is because they were playing catch up on their legislation to get things legal on a state level.

“And another is there is not a very big knowledge base on the industry,” he said. “We’re trying to help folks understand here’s the industry, how to grow it, the legalities, and what the markets are.”

Walters added that the December conference would also serve as a good introduction to hemp for farmers interested in growing it.

“If someone is interested in growing hemp in one of these three states, they need to attend this conference because in one day’s time they’ll hear from industry experts from across the country and walk away with an idea if growing hemp is something they want to explore,” Walters said.