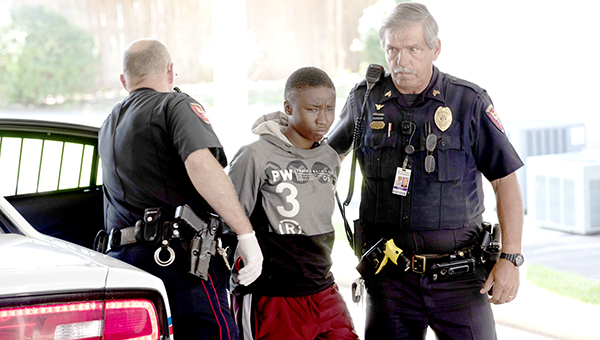 A Yazoo County couple has been indicted for murder in the May 15 death of a Vicksburg man on Alcorn Drive.

Summer Rena McGee is accused of shooting Luckett in the chest during an argument.

According to Vicksburg police reports, witnesses told authorities that McGee and a male suspect fled the scene in a white Ford pick-up truck and were later stopped by Yazoo County Sheriff Jacob Sheriff just inside Yazoo County on Highway 3 near Eagle Bend Road.

When Sheriff stopped the vehicle, Bobby Gene McGee ran into the woods, while Summer McGee remained and was taken into custody.

Summer McGee remains in the Warren County Jail in lieu of $1 million bond.

In another case, a Pearl man was indicted on multiple counts involving a break-in in which a man was shot.

The four-count indictment charges Dale Armstrong, 41, 3247 Pauline Drive, Pearl, with attempted murder, burglary of a dwelling, shooting into a dwelling-house and possession of a weapon after a felony conviction.

Armstrong is accused of breaking into a home in the 200 block of West Drive and shooting a 49-year-old man in the chest. The assault occurred on Sept. 2, 2019. He was later released on bond.

Hearn, Kackley and Metzenberg have been released on bond, according to Warren County Jail records. Henderson is at the Mississippi Department of Corrections’ Central Mississippi Corrections Facility, where he is serving a three-year sentence for vehicle theft from Warren County.

Malpica remains in the Warren County Jail in lieu of $15,000 bond.

• Horatio Carson, 34, 272 Cedar School Circle; possession of a controlled substance-cocaine, fleeing or eluding a law enforcement officer. He was indicted as a habitual offender.