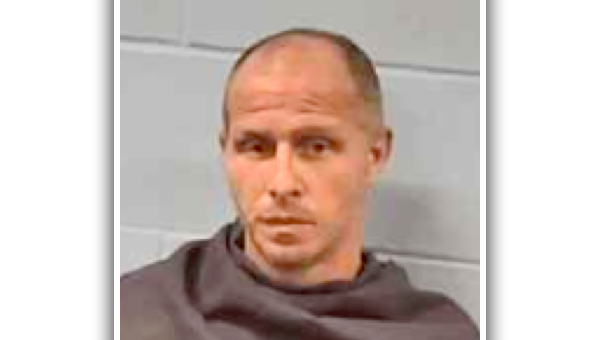 A suspect wanted in connection to two thefts Wednesday was arrested early Friday.

According to the Vicksburg Police Department, David Lee Sanders, 38, of Vicksburg, was arrested Friday at 4:58 a.m. near the intersection of Indiana Avenue and South Frontage Road.

Sanders was wanted in connection to the theft of a generator from a pick-up truck at the Econo Lodge, 3959 East Clay St., and the theft of a vehicle engine from Hillcrest Conoco, 3886 Highway 61 South.

Both thefts were reported Wednesday.

During his initial court appearance Friday, Sanders was charged with two counts of grand larceny and appeared before Judge Penny Lawson. Sanders received a $5,000 bond for each charge and his case was bound over to the grand jury.

• On Thursday, at 9:01 a.m., officers responded to 1801 Poplar Street in reference to the theft of some vehicles. The victim reported a 2009 Kia, two Chevrolet Impalas and a Nissan Altima were taken from the lot. He advised none of the vehicles were in working order.

• On Thursday, at 12:23 p.m., officers responded to Cappaert Manufactured Housing, 6200 Highway 61 South,in reference to an auto burglary. The victim stated his .45 caliber semi-automatic pistol was taken from his 2005 GMC Denali on Nov. 2.