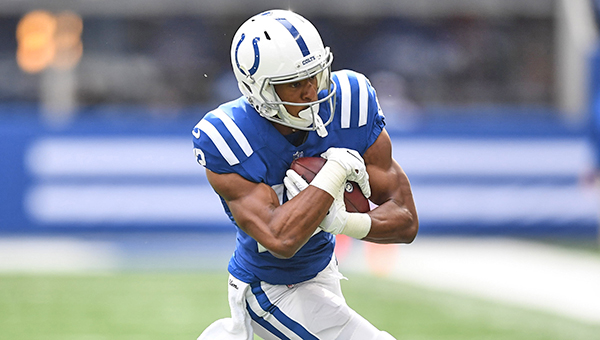 After spending the first two months of the season on the practice squad, the Indianapolis Colts signed the rookie wide receiver and Vicksburg native to the active roster on Tuesday. That means Harris will have a spot on the 53-man roster for the remainder of the 2020 season.

The Colts could still release Harris at some point, but they cannot send him back to the practice squad. His contract runs only through this season.

“This is about as guaranteed as it gets,” Harris said.

A change to the practice squad rules for the 2020 season allowed players to be promoted twice before their team has to sign them to the active roster. Harris was activated before a Week 6 game against Cincinnati, and then again for last week’s home game against Baltimore.

In his two games, Harris has caught seven passes for 56 yards. He also has two rushing attempts for 28 yards and has seen playing time on special teams.

Harris originally signed with the Colts as an undrafted free agent out of Southern Miss following the NFL draft in April. He starred at St. Aloysius High School in Vicksburg, and also played two seasons at Hinds Community College.

Harris was pushed toward the Colts’ active roster because of injuries to other players. Wide receivers Ashton Dulin and Parris Campbell have both been placed on injured reserve, top receiver T.Y. Hilton has been in and out of the lineup in recent weeks, and rookie Michael Pittman has also battled injuries.

Of the seven receivers currently on the Colts’ active roster, three — Harris, Daurice Fountain and Marcus Johnson — have been promoted from the practice squad.

After Sunday’s game, a 24-10 loss to the Baltimore Ravens, Colts head coach Frank Reich said he was high on Harris’ future with the team. Harris had 55 total yards on four receptions and two rushing attempts in the game.

“I was excited to see DeMichael with the ball in his hand,” Reich said. “I have a lot of confidence in him. He did a nice job. It’s not too big for him, as we like to say as coaches. He’s an explosive athlete, he’s really smart, and I think there’s a lot of upside with DeMichael.”

Harris’ signing makes him the second player from Vicksburg currently on an NFL roster, along with Tennessee Titans cornerback Malcolm Butler. Coincidentally, the Colts (5-3) and Titans (6-2) play each other Thursday night in Nashville in a big game between AFC South leaders.

Clayton Carr killed his first deer, this 8-pointer, during the youth hunt on Oct. 31 in Louisiana. Clayton was hunting... read more