Clinton wipes out Horn Lake, will host Warren Central next 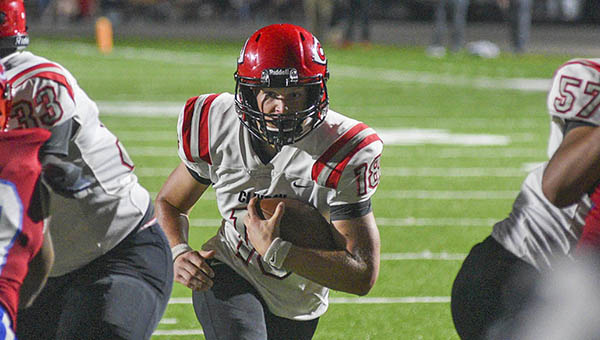 Clinton surged to the MHSAA Region 2-6A championship, and carried its momentum right on through the first round of the playoffs.

Caleb Miller ran for two touchdowns and threw for two more — all of them covering 29 yards or more — as Clinton routed Horn Lake 35-7 in the first round of the MHSAA Class 6A playoffs on Friday.

Miller threw a 76-yard touchdown pass to Jordan Battee and a 68-yarder to Kyler Hutton, and ran for touchdowns of 29 and 72 yards. Montavius Warren also had a long touchdown run for Clinton, a 70-yard burst on the first play of the game that set the tone.

The Arrows (8-2) won their seventh game in a row — its longest winning streak since starting 8-0 in its 2016 state championship season — and will face Warren Central in the second round next week.

The game will be played at Clinton.

Warren Central (9-2) advanced to the second round with a forfeit victory over Tupelo. Tupelo had a COVID-19 outbreak at its school that sent the football team into quarantine and ended its season.

Clinton beat Warren Central 31-16 when they played at Viking Stadium in October. That was only the third time in eight meetings between the teams that the final margin of victory was more than eight points.