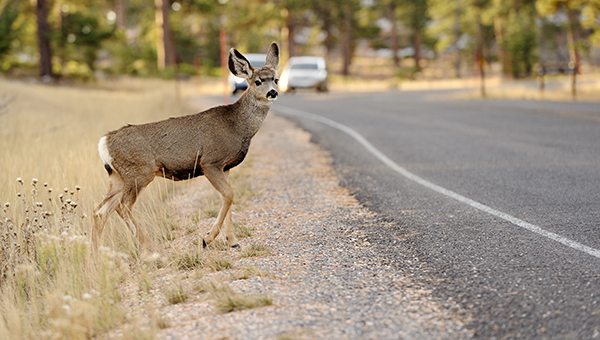 For drivers in Mississippi, there is a 1 in 59 chance of being involved in a collision with a deer or other animal according to a report released recently by State Farm.

That chance ranks Mississippi eighth in the nation.

West Virginia (1-in-37) again tops the list, followed by Montana (1-in-47) and Pennsylvania. (1-in-51). South Dakota and Michigan round out the top five, followed by Wisconsin, Iowa, Mississippi, Minnesota and Wyoming.

The large majority of animal collisions are with deer. For the year July 1, 2019, to June 30, 2020, there were estimated to be 1.5 million deer claims industry-wide.

“Claims after collisions with an animal range from small dents to totaled vehicles and injured drivers and passengers,” says Michael Braaten, director, Enterprise Research. “By sharing ways to help drivers be aware of the increased dangers this time of year — including inclement weather, shorter periods of daylight and students driving home after evening activities — State Farm hopes to help decrease the number of collisions and injuries.”

How can you avoid deer in your headlights?

Growing deer and other animal populations combined with the displacement of animal habitats are making animal crashes more likely. There’s no real way to keep large animals like deer off the road, but these safety tips can help you prevent animal-car collisions.

Participants in the first class of the Vicksburg Entrepreneur Bootcamp graduated from the program Nov. 10 at Hinds Community College... read more