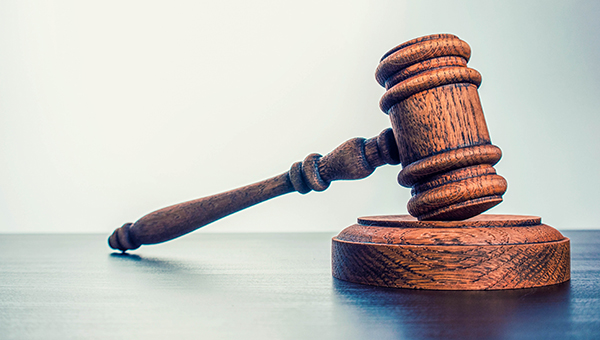 A Vicksburg teen has been indicted on charges of armed carjacking and possession of a stolen firearm.

The indictment handed down during the October session of the Warren County grand jury accuses Devonta Deon Harris, 17, 215 Enchanted Drive, of the reported Aug. 5 attempted carjacking of a 2016 Dodge Ram pickup in the area of Wisconsin Avenue and Fleur-de-Lis Drive.

According to Vicksburg police reports, Harris and another teen attempted to steal the truck at gunpoint from its owner but when the intended victim tried to take the gun away, the teens ran off. They were later discovered behind the Parkwood South Apartments. The other teen was not charged.

Harris is out on bond, jail records show. The gun used in the attempted carjacking was reported stolen from a home in the 100 block of Signal Hill Drive, police said.

In another case, a Vicksburg couple has been indicted by a Warren County grand jury for a July 19 armed robbery.

The indictment against Peter Cardell Haggard, 50, 170 Curry St., and Tiffany Cherie Smith, 42, 728 Sherman Ave., accuses them of using a knife to threaten a man and stealing his wallet and credit card. Both remain in the Warren County Jail in lieu of a $30,000 bond each.

• James Earl Cole, 51, 326 Lake Hill Drive, was indicted on a charge of attempted statutory rape of a victim under the age of 14 involving an April incident with a juvenile. He is out on bond, according to jail records.

• Sarah Ramshur, 32, 300 Ring Road; malicious mischief. Ramshur is accused of cutting off an ankle monitor she was wearing while on house arrest by the city of Vicksburg for unpaid misdemeanor fines. The monitor was valued at $1,000, according to the indictment.

• Shemar Smith, 20, 2727 Alcorn Drive No. 74; burglary of a dwelling and two counts of possession of a stolen firearm.

• Chauncy Deon Rankin, 30, 2990 North Washington St.; possession of controlled substance-methamphetamine-aggravated trafficking, possession of a weapon after felony conviction and possession of a stolen firearm. He was indicted as a habitual offender.

• Christopher Sabin Reaves, 30, 1585 Warrenton Road; receiving stolen property. He was indicted as a habitual offender because he had two previous felony convictions.

• Standarious Kentrell Spize, 19, 568 Fort Hill Drive; aggravated assault. He is accused in the Aug. 8 shooting of another man.

• Michael James Austin Jones, 25, 121 Lee Circle; possession of a weapon after felony conviction. He was indicted as a habitual offender because he has two previous felonies.