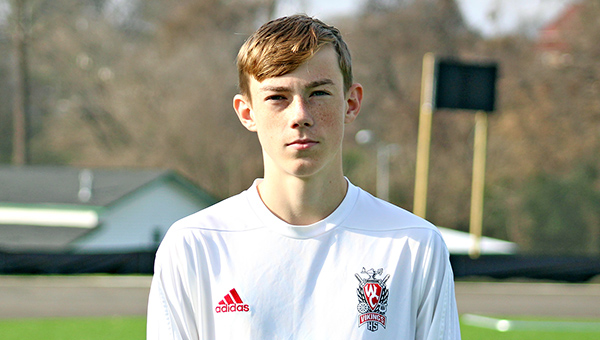 Warren Central defensive captain Zac Boyd led the Vikings to a 4-0 shutout of Ridgeland on Thursday.

Despite missing half of its starting lineup, Warren Central’s boys’ soccer team had little trouble picking up another victory Thursday night.

In the girls’ game, Ridgeland scored twice in the second half to steal a 4-2 victory from Warren Central (4-3). Gloria Hall and Maegan Little scored Warren Central’s goals.

Johnson entered the game after halftime and made seven saves.

Alysha Murrell and Kennedy Mullens each had a goal and an assist for the Missy Gators, and Abigail Heigh had one assist.

In the boys’ game, Chris Williams scored the only goal off an assist from Keveon Smith as Vicksburg beat Cleveland Central 1-0.