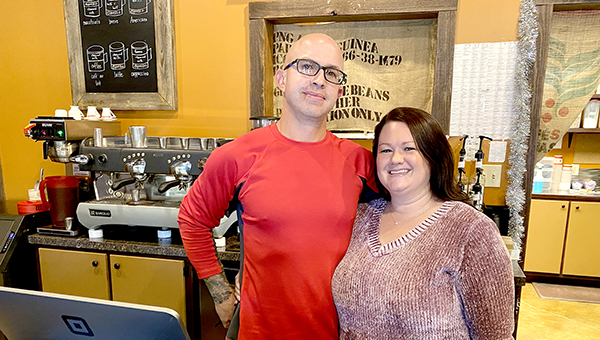 Jamie Moulder opened The Coffee House Cafe on U.S. 61 North in March 2016 and has not had a slow day since.

Being that busy — and having a reputation that has led to plenty of repeat business — has paid off in plenty of ways, including recently when the coffee shop was named “Best Coffee Shop” by the readers of The Vicksburg Post as part of the newspaper’s annual Best of the Best Readers’ Choice Awards.

Moulder worked as an educator for the Vicksburg Warren School District for 10 years, but when she became pregnant with her third daughter, she needed a more flexible schedule.

For years, coffee shops had been her “thing.” This was her chance to follow her lifelong dream and open her own — one that would be filled with homemade baked goods that customers would consider “homey.”

As for the first year, “It was very stressful,” Moulder said. “It was worth it.”

She had never worked at a coffee shop before, but after months of research and advice from those in the industry, The Coffee House Cafe opened its doors in March of 2016.

In the beginning, it was a choice made to “free up family time.” Today it is a chance for her and her family to serve the town she has lived in her entire life.

“We love Vicksburg. We love the people, and we’re here to show love and light to the community,” Moulder said.

Moulder credits her success to the Lord and says He was with her every step of the way.

Coffee House Cafe was founded as a business centered around family and has remained so. With help from her husband, Daniel, and support from her daughters, Moulder is able to come to work every day, strengthening relationships with customers and members of the community.

“He gave me the strength to start a business from scratch when I had no business background. It is almost unreal how it just lined up,” Moulder said. “He has blessed every decision that I’ve made.”