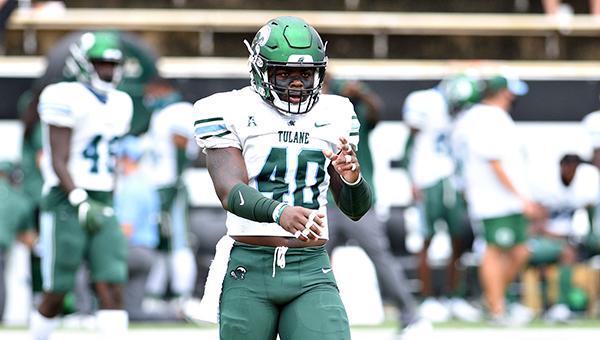 The Stephen Martin Scholars honors Stephen Martin, who broke the color barrier in the Southeastern Conference when he played for Tulane’s baseball team in 1965. It is part of the institution’s long-term initiative to honor the lasting impact that individuals from diverse backgrounds have made at the University.

Anderson and Alanna Austin, a senior with the sailing team, are the third and fourth student-athletes to receive the honor.

Candidates for the award represent the highest level of character and leadership skills while being academically driven and civic-minded, according to a university release.

“We are so proud to announce Nick and Alanna as this year’s Stephen Martin Scholars.” Tulane Deputy Athletics Director/Chief Operating Officer/Chief Diversity Officer Dr. Mónica Lebrón said. “Their leadership, both in the classroom and amongst their teammates, combined with their commitment to service throughout our Tulane and New Orleans communities made them the clear choices for this year. They exude class which is a word that comes up often when we hear Mr. Martin’s former teammates sharing fond memories of him. Mr. Martin was and will always be special as are Nick and Alanna.”

Anderson, a junior, is in his second season with Tulane’s football team. He has played in 23 consecutive games since transferring from Jones College, and ranks second on the team with 73 total tackles and 3.5 sacks this season.

Tulane will finish its season Saturday against Memphis, at 11 a.m. at Yulman Stadium in New Orleans.

Southern Miss hires Will Hall as next football head coach

Southern Miss has nabbed one of college football’s rising young stars and a native Mississippian to lead its program. The... read more