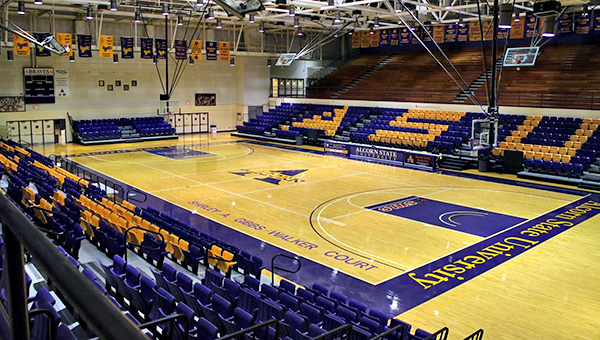 The Alcorn State men’s team and Southern Miss’ women’s team both announced they have paused all in-season activities and canceled several games due to COVID-19 concerns.

Alcorn State did not specify how long its quarantine will last, but it will require the cancellation of four games. Upcoming road games at Purdue Fort Wayne (Dec. 3), Stephen F. Austin (Dec. 5), California Baptist (Dec. 10), and Hawaii (Dec. 13) are affected and will be canceled.
Alcorn’s next scheduled game is Dec. 22 at Liberty.

The Braves have only played one game so far, a 99-50 loss to UAB on Nov. 25. Another road trip last weekend to Ohio to play Kent State and Dayton was also canceled.

Southern Miss said its quarantine will last until Dec. 12, and will force the Lady Eagles to cancel games against McNeese State (Dec. 5), Nicholls State (Dec. 8) and Mississippi State (Dec. 12). Its next game is at Alabama on Dec. 17. Southern Miss has not played a game yet this season.

Alcorn and Southern Miss join Ole Miss as college basketball teams in Mississippi that have been affected by COVID-19. Ole Miss men’s head coach Kermit Davis tested positive for the virus in November, and the Rebels canceled or postponed four early-season games. They are now scheduled to play their opener Dec. 10, at home against Jackson State.