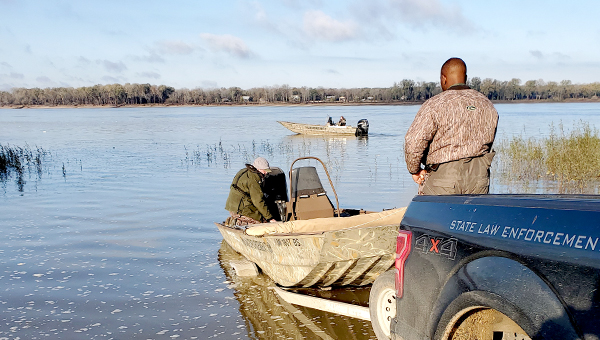 Warren County Sheriff Martin Pace said relatives of the boaters called the Mississippi Department of Wildlife, Fisheries & Parks saying the pair put into the river at LeTourneau Thursday afternoon to go look at a duck hunting site near Davis Island. As of Friday morning, the pair had not returned or contacted family.

Pace said authorities believe the pair, described as a teenager and a young adult, along with their dog, launched from LeTourneau sometime after lunch Thursday. Their names have not been released.

He said the search resumed at daybreak, adding two duck hunters found a boat believed to be the one used by the pair adrift in the river near the Warren County/Claiborne County line.

“We have a robust presence from the Department of Wildlife, Fisheries & Parks, some have launched from LeTourneau, some have launched from Port Gibson,” Pace said. “We have sheriff’s office boats in the water, we have two planes in the air, one is a private plane owned by some people on Davis Island; and a plane that has a Madison Parish (La.) deputy in it.

“We also have deputies who are on Davis Island with our UTV, looking on the island in the chance they actually made it to the island, so we are searching by land, water and air,” he said.