Search for boaters continues into its fourth day 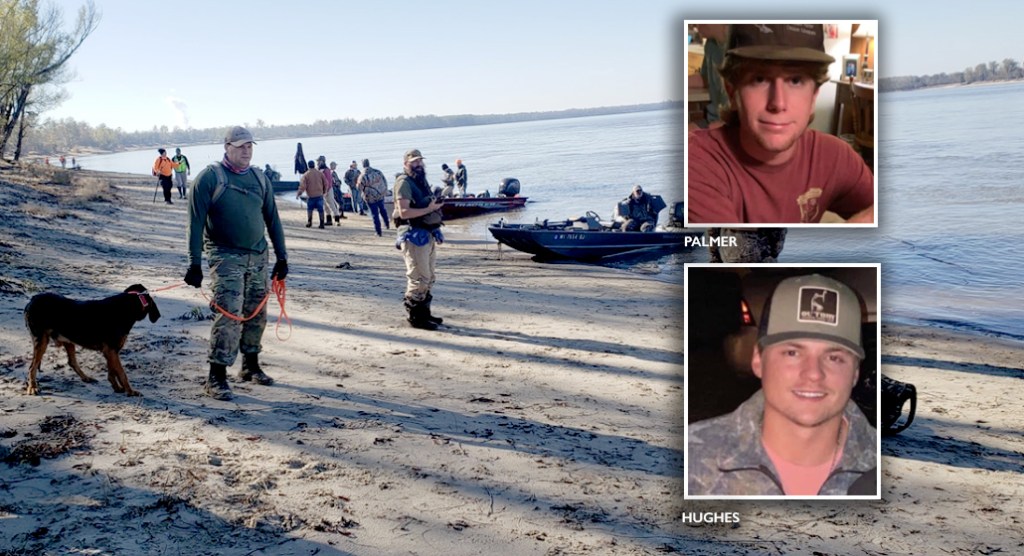 Authorities continued their search of the Mississippi River and its banks Sunday for two boaters reported missing Thursday evening.

The missing boaters, identified as Zeb Hughes, 21, and Gunner Palmer, 16, were reported missing Thursday when the pair did not return from duck hunting on the river. The pair put in at the LeTourneau Landing Thursday.

After searching until dark Saturday, volunteers and emergency crews including Warren County sheriff’s deputies, Madison Parish sheriff’s deputies, and agents from the Mississippi Department of Wildlife, Fisheries and Parks resumed their search Sunday at 7 a.m.

“We still haven’t found anything,” Warren County Sheriff Martin Pace said Sunday afternoon. “We have sheriff’s deputies and Wildlife and Fisheries agents in the water, we have fixed wing aircraft and a helicopter in the air.”

Pace said tracking dogs were being used in ground searches in case Hughes and Palmer managed to get to land, and side scan sonar was used to search the river.

Sunday marked the fourth day of the search for the pair. Their boat was found adrift by two duck hunters Friday morning and searchers have found some items belonging to them in the water during the search.

Pace said the search would continue until dark and resume Monday at 7 a.m.