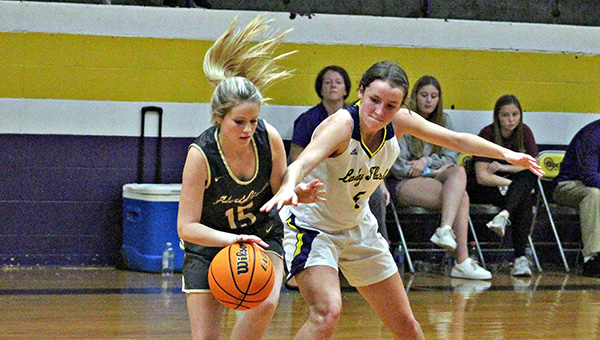 The St. Aloysius Lady Flashes managed to keep things close in the second half against Hartfield Academy, but not close enough to keep their winning streak intact.

Daon Henry led Yazoo City (1-4) with a game-high 21 points, and Javian Plunkett scored 16 points. Henry had 13 points in the first half.

Will Edwards made three 3-pointers in the first quarter to help stake Hartfield to a 24-7 lead. Jonathan Lucas led Hartfield with 11 points and was the only player in double figures. Edwards and Brice Penley and scored nine points each.

Vicksburg High soccer player Sam Nwaneri had a goal and two assists in a 4-1 win over Pelahatchie on Monday.... read more