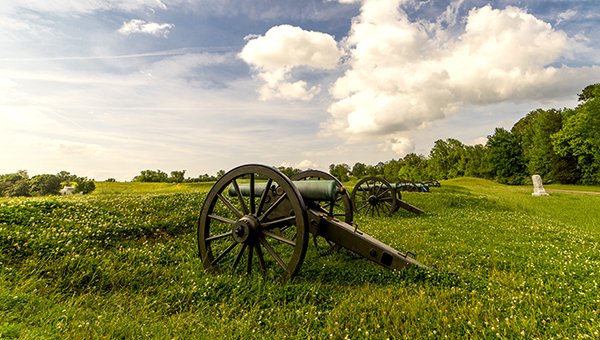 According to information from the National Park Service, the money will be used to acquire and protect 169.03 acres of America’s Civil War battlefields in Mississippi, North Carolina and Virginia.

Archives and History is receiving $136,151 to acquire 43.71 acres of farmland within the core area of Raymond Battlefield and $385,675 to acquire 32.33 acres on the west side of the South Loop in the Vicksburg National Military Park.

The property near the park “is a really important tract of land adjacent to the south loop which we are thrilled to be preserving,” said Bess Averett, executive director of the Friends of the Vicksburg Military Park and Campaign.

She said the Raymond site “is an equally import tract of the battlefield at Raymond that connects the parcels that have already been preserved by the Friends of Raymond.”

Averett said the Friends of the Vicksburg National Military Park have advocated ensuring the Raymond battlefield is protected.

“It will make the land they’ve already preserved continuous so it will really improve the visitor experience at Raymond,” she said. “It’s so great to have these preservation funds directed toward Mississippi battlefields. They have been important in the past in helping us preserve other land. We have seen more and more projects coming in that has focused on Mississippi land, which is a phenomenal success story for preservationists.”

The Battle of Raymond, which was fought on May 12, 1863, was a significant battle during Grant’s operations against Vicksburg.

The property adjacent to the Vicksburg National Military Park grant is the site where Confederate Col. Thomas N. Waul, commander of Waul’s Texas Legion, launched a counterattack and drove Union forces from a breach during the Union assault of the Railroad Redoubt.