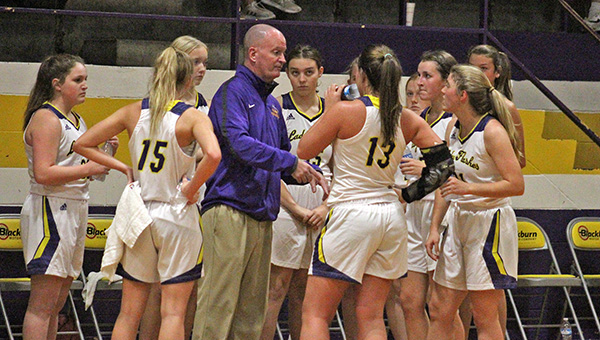 St. Aloysius athletic director Mike Jones announced Friday that the school has canceled the remainder of its basketball and soccer games for the month of December because of a COVID-19 outbreak at the school.

The outbreak, which started earlier this week, initially forced only the senior class to quarantine. On Thursday night, in a letter to parents, the school announced it would switch to distance learning for Grades 7-12 beginning Friday because of an “increased number of St. Aloysius High School students identified as having been exposed to COVID-19.”

St. Aloysius’ Director of Development and Alumni Affairs Kristi Smith said five students had tested positive for COVID-19, but the move to distance learning and canceling sporting events was intended to keep it from spreading further.

Six basketball games and two soccer games were canceled. The initial quarantine was scheduled to go through late next week, which would have covered most of the remaining 2020 playing dates.

The basketball team was to play home games against Clinton Christian, Greenville-St. Joseph and Hillcrest Christian, and a road game at Simpson Academy. It was also scheduled to play in a tournament at Porter’s Chapel Academy Dec. 21-22.

The school’s next basketball game will now be Jan. 2, at Cathedral in Natchez.

The soccer team canceled road games at Pillow Academy and Cathedral on Friday and Monday, respectively. It will next play Jan. 4 at Hartfield Academy in Flowood.

Jones said a decision on whether to reschedule any of the canceled games would likely be made after the holiday break.