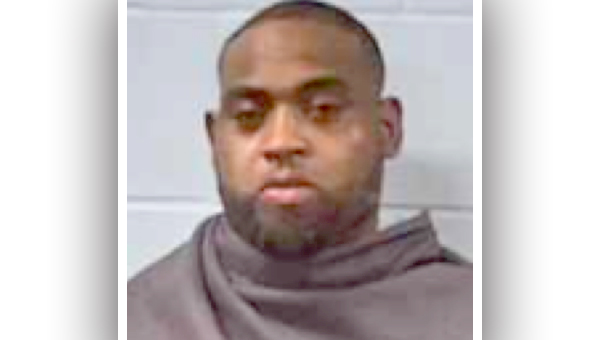 A Vicksburg man is facing felony charges after an incident Saturday where he reportedly strangled his girlfriend.

Brandon Johnson, 34, was arrested Monday on charges of burglary and aggravated domestic violence stemming from the incident that took place at a home on Elizabeth Circle.

According to the Vicksburg Police Department, Johnson is accused of forcing his way into the home and then strangling his girlfriend after an argument.

Johnson appeared before Judge Angela Carpenter in Vicksburg Municipal Court Monday, where his bond was set at $100,000 and his case bound over to the grand jury.

• On Friday, at 7:54 a.m., officers were dispatched to 1650 Rosa A. Temple Drive in reference to a burglary. The complainant reported someone broke into the office trailer and stole a 43-inch flat-screen LG television and a laptop computer.

• On Friday, at 2:35 p.m. officers responded to The Cinnamon Tree, 1322 Washington St., in reference to a theft. The complainant reported two suspects stole eight HOBO wallets valued at $125 each.

• On Saturday, at 6:09 p.m., officers responded to an address on Elizabeth Circle in reference to a house burglary. The resident reported someone broke into the home and stole a gun and clothing.