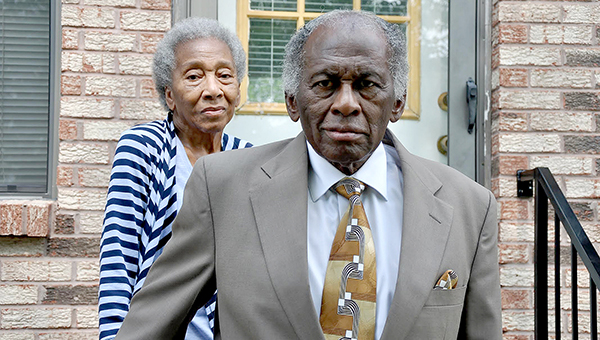 James E. Stirgus Sr., longtime educator, died at his home Friday at the age of 90.

Services for Stirgus will be Tuesday at  Jefferson Funeral Home. The time has not been determined.

“He was really the main reason Port City Kiwanis was created,” said Port City member Gil Martin. “He was a charter member and he served as president at one time. I sat next to him for breakfast for 30 years; we were good friends.

“His contributions were recognized by the community. He was an outstanding fellow; he was smart, he was funny and I enjoyed being with him,” Martin said.

Stirgus’ service to the community was recognized in July 2019 when the city renamed Marcus Street James E. Stirgus Sr. Street.

“I knew him my entire life and I held him in the highest regard,” North Ward Alderman Michael Mayfield said. “He was principal when I attended Rosa A. Temple Elementary School. He later became an administrator. I knew his entire family and some of his children were in class with me.”

Mayfield said Sturgis was admired by many people in the community, adding, “He will be sorely missed in this community, I can tell you that.”

Former Vicksburg Mayor Robert Walker said Sturgis came to Rosa A. Temple as an assistant principal when he started high school in 1958.

“Through the years, he brought a whole lot of discipline to our schools and he over the years has established an incredible record in education and in community service so we are all indebted to the leadership Mr. Sturgis provided through the years,” Walker said. “I was saddened to learn of his death and extend our condolences and our best to his family.”

As a student, Walker said, he worked closely with Sturgis on different activities.

“Over the years, he’s had a great impact on a whole lot of tremendous leaders, not just in Vicksburg, but to people who went on to other places and provide leadership, much of which can be attributed to the involvement of Mr. Sturgis.”

Vicksburg Warren School Trustee Alonzo Stevens, a retired teacher, and coach, and a Rosa A. Temple alumnus, said Sturgis and his wife helped him as he was growing up.

“Everything that I am, everything I tried to achieve, was because of motivation and encouragement that they gave me in my life,” he said. “I was so proud to work with him when he was principal and superintendent.”

Sturgis and his wife, he said, took care of him.

“He guided me. The reason I went to Alcorn was because of him and I cherished our friendship; he’s always been there for me. The world has lost a great man. He was a force in his community and he loved the kids. He kept us on a straight and narrow line, he pushed us to achieve.”

“Education was a top priority; he ran the school with compassion,” Stevens said. “He gave me good advice. There was never a time in my life when I couldn’t go to him and his wife.”