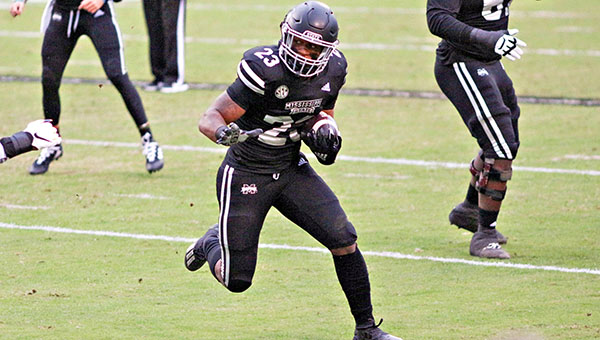 Mississippi State, despite its dismal record, kept its streak of 11 consecutive seasons with a bowl appearance alive on Sunday when it accepted a bid to play in the Lockheed Martin Armed Forces Bowl.

The Bulldogs will face Tulsa (6-2) on New Year’s Eve, at Amon G. Carter Stadium in Fort Worth, Texas. The game will begin at 11 a.m. and be televised on ESPN.

Mississippi State’s bowl bid was made possible by an NCAA ruling earlier this year that suspended a requirement that teams have at least a .500 record. Because of COVID-19 restrictions in various states and teams opting out, a number of bowl slots opened as well, while some bowls canceled their 2020-21 editions because of a lack of available teams.

Mississippi State lost seven of eight games after stunning defending national champion LSU 44-34 in the season opener, and struggled mightily during its slump. At one point it scored three offensive touchdowns in a four-game span.

The Bulldogs seemed to pull things together down the stretch, however, with competitive losses to Georgia, Ole Miss and Auburn and a win over Vanderbilt.

On Saturday, the Bulldogs had easily their best game since the opener when they routed Missouri 51-32 in Starkville.

Will Rogers threw for 295 yards and three touchdowns, but the real improvement was in the running game.

The Bulldogs racked up 446 yards of total offense, including a season-high 151 on the ground. Their previous high was 87 yards in a loss to Arkansas in the second game of the year.

The Bulldogs also ran the ball a season-high 28 times. It was only the third time this season they have run it more than 20 times in a game, and the first time they have had more than 100 yards as a team.

Jo’quavious Marks led the Bulldogs with 12 carries for 70 yards and one touchdown. Dillon Johnson had eight carries for 47 yards.

“I thought we played better on the offensive line, and I thought our backs did a better job reading holes, things like that,” Mississippi State coach Mike Leach said. “Some of the balls we threw early probably opened things up for us too.”

Mississippi State led 27-10 at the half and Marks punched in another score on the opening drive of the third quarter.

“We’ve had a high tempo in practices, and it finally carried over into the game,” Marks said. “We’ve been trying to put that together. Now I think it’ll bleed over into next season and into the bowl game.”

Mississippi State will only have a few extra days of preparation for its bowl game, rather than the traditional two weeks. Any extra practice, however, will certainly help a team that had 26 players make their first start this season. More than half of the team’s offensive production has come from freshmen.

“You know we have been competitive all year, we just do it incongruently,” Leach said. “We do it in spurts and segmented. We’re a young team anyway, but then you add contact tracing and all that stuff and it’s been hard to get the tent over the circus, so to speak.”