Sorry to report, but Warren County has no chance of a white Christmas 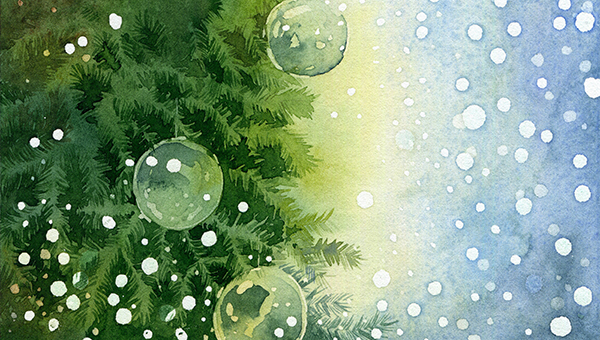 Warren County may not experience snow on Christmas this year, but there is something about a Mississippi Christmas that a white Christmas cannot replace.

According to the National Weather Service, there is no chance of Warren County having a white Christmas in 2020.

The good news is that this prediction is based on statistics, and just because it has not happened yet does not mean it never will.

Logan Poole, a meteorologist with the National Weather Service of Jackson, emphasized the fact that having a white Christmas is always possible, and it is not crazy for Mississippians to dream of waking up to a winter wonderland on Christmas Day.

“It’s a magical time of year,” Poole said. “I absolutely understand why folks would want a white Christmas.”

While snow on Christmas Day would be close to a miracle for those living in Warren County, some states could hardly stand Christmas without it.

According to a forecast from the National Weather Service, Minneapolis, Minn., has the highest chance of a white Christmas — 77 percent — of any city in the United States.

The snow, however, does not begin or end on Dec. 25. Residents of Minneapolis endure frigid temperatures for months before and after the holidays.

Amy Williams, a native of the south, and who has family in Vicksburg, has lived in Minneapolis’s twin city, St. Paul, for over 22 years. She has experienced more Christmases with snow than without since her time in Minnesota, and the first time, she says, was the most special.

“The first time there was actual snow on the ground on Christmas was very cool,” Williams said.

Williams grew up in Memphis, Tenn., where white Christmases were almost nonexistent. As a child, she grew up in awe of snow. She recalls being 6 at her grandparents’ house waking up to the rare sight of Greenwood covered in white.

“When you grow up without it, you look to other things to create that same excitement and feel,” Williams said. “I can remember thinking, ‘this is something big.’”

Today, mornings like that come more often than not, but the excitement of snow has come and gone.

“The coolness wears off when you try to put small children in snowsuits,” she said.

If she could order snow for only the day of Christmas and skip the long, dreadful Minnesota winters, she would.

“Once snow comes to Minnesota, it stays,” she said.

Williams now trades her white Christmas for a Mississippi Christmas each year in order to be with family.

Williams looks forward to her one week in Mississippi year-round. She thinks of it as home and uses the time to catch up with friends and family all over the state — including Vicksburg.

“For me, that’s the magic,” she said. “Not whether or not the snow falls.”