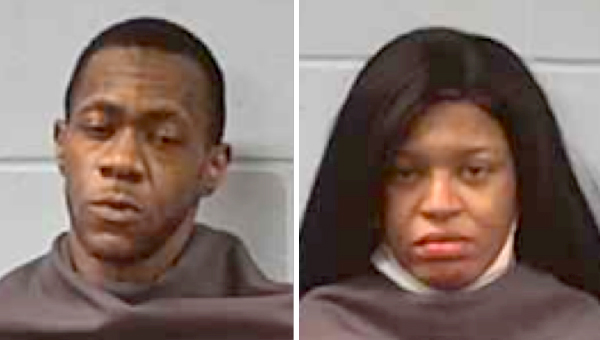 Officers with the Vicksburg Police Department made two arrests over the weekend resulting in felony drug charges for a pair of Vicksburg residents.

Just before midnight Friday, 41-year-old Ricky Powell, was arrested by officers with the department’s Narcotics/Net Team. Officers were investigating reports of drug use in the parking lot at 1200 Mission 66, where they found Powell in his vehicle with a clear plastic bag containing methamphetamine.

Powell was arrested and charged with possession of methamphetamine. During his initial court appearance Monday in Vicksburg Municipal Court Judge Angela Carpenter set Powell’s bond at $15,000 and bound his case over to the grand jury.

Early Saturday morning, officers were dispatched to Oyo Motel, 2390 Frontage Road, in reference to a complaint of drug activity in the area.

When officers arrived, they notice a white Infinity trying to leave the area. They stopped the vehicle and found 28-year-old Jessica Linear, who was found to have cocaine in her possession.

Linear was charged with one count of possession of cocaine. During her initial court appearance Monday, Linear received a $15,000 bond from Carpenter, who also bound Linear’s case over to the grand jury.

A suspect wanted for the armed robbery of a Vicksburg convenience store has been taken into custody. Just before noon... read more