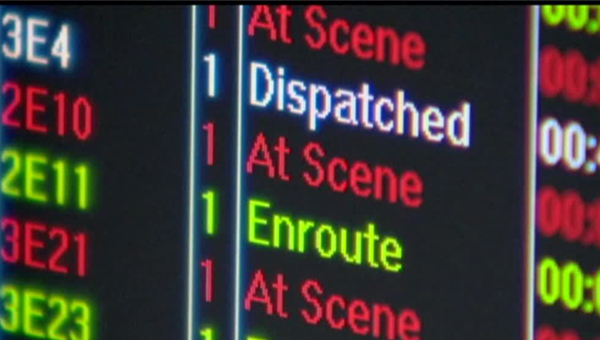 The Vicksburg-Warren 911 Communications Center is upgrading its telephone system.

Shane Garrard, Vicksburg-Warren 911 director, said the system built by Motorola Corp. subsidiary CallWorks in Birmingham, Ala., will be installed during the first quarter of 2021. The system, which has a 10-year life span, costs $405,248. The county will pay that amount over five years.

“CallWorks builds the phone system for the county,” Garrard said. “There are four (presently)  in Mississippi – one is in Newton County. The entire state of Massachusetts has CallWorks systems.”

He said the new telephone system is a Lennox-base server, which allows 911 officials to go to a commercial computer outlet to get replacement equipment.

“Which means if a dispatcher spills a drink into the console I can go to a store like Walmart or Office Max, pick up another central processing unit and get us up and running. We don’t have to wait for a tech to come out. We can be back up in a couple of hours,” Garrard said.

He said the decision to go to a 10-year system was based on experience with previous systems. In the past, 911 used systems with a 5-year lifespan. When it came time to upgrade the system in the sixth year of service, he said, the necessary parts were not available, forcing officials to buy a new system.

Going to a 10-year system, Garrard said, means the system would be current when it’s time for the sixth-year upgrade. The system would also be paid for after five years.

One advantage over the present system, Garrard said, is to be able to handle calls “directly from the (system’s) map.”

“We know the wreck’s out there, but we can jump straight to that other call that may be more severe.”

The phone system also has a program called “Rapid SOS” integrated into the 911 system’s map.

“It’s another tool to identify where the caller is calling from,” Garrard said. “If it’s a passerby going through town, they might not know where they are and with Rapid SOS they’ll be in (the system). It’s just another layer of redundancy that shows where they’re located.”

Also, he said the phone system allows him to log into the 911 system from his cell phone and generate a report.

And there is another advantage.

“The state of Mississippi has been talking about going to a centralized dispatch for several areas of the state and Warren County has been named one of those areas,” Garrard said, adding Vicksburg-Warren 911 could serve as a Public Safety Answering Point and host neighboring counties like Issaquena, Sharkey, Yazoo and Claiborne.

“The state is looking at it as a cost-saving measure because they have 182 PSAPs and 82 counties. Whenever that time comes, we’ll be available to do it. The public needs to know they’ve got a state-of the art system right here in Warren County,” he said.

Friday morning, families gathered in their den or living room around a Christmas tree to marvel at the surprises Santa... read more