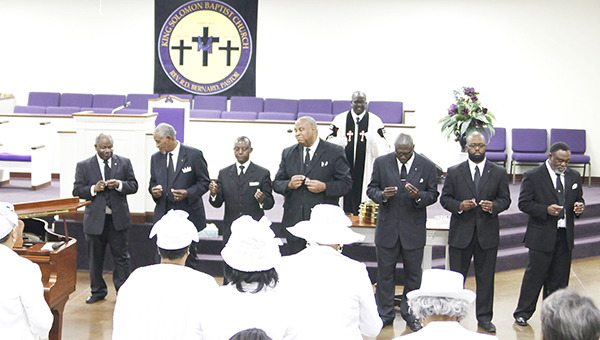 Some churches in Warren County and other areas will follow an ages-old tradition of awaiting the new year with prayer and asking God’s blessing during special services.

According to the Encyclopedia Britannica, the service, known as Watch Night, can be traced to the early 18th century in Moravian churches, when churchgoers began marking the occasion with a vigil to reflect on the past year and consider what was coming in the new year.

The service received significance among African Americans on Dec. 31, 1862, when slaves in the Confederate states gathered in churches and private homes the night before President Abraham Lincoln’s Emancipation Proclamation was to be signed.

The slaves stayed awake all night waiting for news that the Emancipation Proclamation had been issued and they were legally free.

While the historic significance of the Emancipation Proclamation remains when Watch Night is discussed, there are other reasons why the tradition remains.

“I believe that the significance of ‘Watch Night’ in today’s world is in the restoring God as the central focus of men and women in the midst of troubling times,” said the Rev. R.D. Bernard, pastor of King Solomon Baptist Church. “Our focus should be on Him as we exit 2020 and enter 2021. In Him, we place our trust in these troubling times.”

Bernard said King Solomon will hold an in-person service Thursday from 10 p.m. to about 12:30 a.m.

“We are remembering those in our congregation who have lost loved ones this year,” he said. “We will have a candlelight ceremony where candles will be lit for the deceased as their name is read.  We will have live music and words of encouragement.”

Pastor Linda Sweezer of House of Peace Worship International said her church will have a virtual service from 10 p.m. to midnight streamed on the church’s Facebook page, Instagram, Periscope and YouTube.

“It’s an option to be able to see the new year in, not with parties and drinking but spiritually being able to pray and thanking God for the old year and asking his blessings for the new year,” Sweezer said.