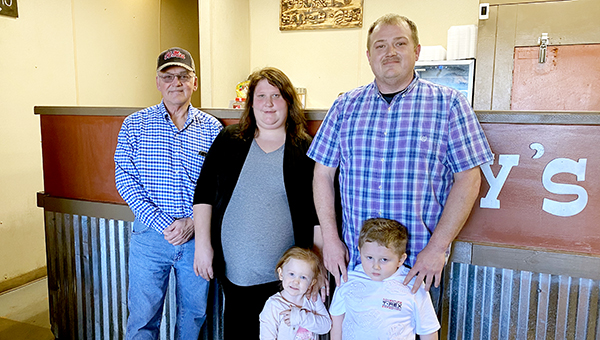 A new Vicksburg business has managed to thrive despite the challenges of 2020.

Culley’s BBQ opened in March 2020, just one month before in-person dining was shut down in April because of restrictions related to the COVID-19 pandemic.

Despite the obstacles, Culley’s BBQ continued to satisfy customers and was voted “Best Barbecue” by readers of The Vicksburg Post in the newspaper’s annual Reader’s Choice Awards.

Owner Brian Culley said he had not been aware that he had won the award until a friend congratulated him while he was shopping at the grocery store one day.

“I was shocked,” Culley said.

Culley’s is located at 3046 Indiana Ave. next to Corner Market.

While surprised, it seems Culley has had a niche for opening businesses at less than optimal times.

He operated that business for two years.

After closing in 2010, Culley then began managing multiple chain restaurants, which included Waffle House, McDonald’s and Sonic. Those managerial experiences, he said, helped him develop his ideal business.

“I wanted to open my own restaurant and see where I could take it,” he said.

Running his own business is tough compared to working with the cushion of a “multi-million dollar restaurant,” but, Culley said, it has been worth it.

“You have to be strict on yourself, which is tough,” Culley said. “It’s challenging, but it’s really rewarding.”

Culley gets to work each day at around 6 a.m. and does not leave until 8 p.m. As the owner, he has the flexibility to see his family during the long workday. His wife, Paige, and their children, Madalyn and Mason, will occasionally pop in for a visit.

“That’s nice. It’s my restaurant, and if I want my kids to come in and visit me during the day, they can,” Brian said.

One unique thing about Culley’s BBQ is that Brian skips the step of soaking the meat in barbecue sauce. He said he wants to let the customer have the say in how much sauce they want on their meat.

Culley said business has been steady outside of the lunch hour, but figures that’s because there are more people who are working from home and not eating lunch out.

With a thriving new business, and now being named “Best Barbecue” in the 2020 Readers Choice Awards, Culley said, he plans on continuing to serve Vicksburg with his unique style of barbecue.

“I enjoy getting up early, cooking food, and feeding people,” Culley said. “There’s not much more to it. I enjoy it when people tell me they enjoy their food.”