Year In Review: COVID-19 dominated the sports world in 2020 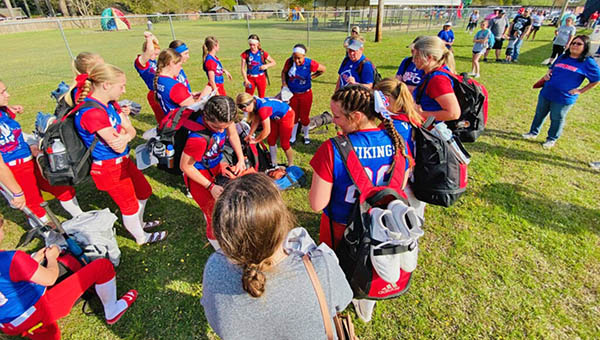 Warren Central softball players pack up their bags after their final game in the Brookhaven Tournament in March. The tournament was one of the last high school sports events in Mississippi before the MHSAA and MAIS both suspended competition because of the COVID-19 outbreak. (Tim Reeves/The Vicksburg Post)

This is part of a series recapping Warren County’s top sports stories of 2020.

When the world stopped, so did sports.

The COVID-19 pandemic that swept across the world dominated society in 2020. It dictated what we can and can’t do, how we approached social gatherings, what businesses could remain open, and even how we celebrated the holidays.

The sports world was not immune. The virus affected every facet of sports, from ending seasons to how and when games could be played at all, and was the story of the year in sports just like it was in everything else.

The pandemic unofficially started in the United States on March 11, and the sports pandemic was in full swing soon after. Within a few days, every college conference had canceled its basketball tournaments and the NBA and NHL suspended their seasons.

It took about a week for Mississippi’s two high school associations — the Mississippi High School Activities Association and Mid-South Association of Independent Schools — to follow suit. The spring sports season was initially suspended, and then eventually canceled in late April as the pandemic dragged on.

Nearly all team sports on down to the youth level also went on hiatus. They slowly returned during the summer, albeit with new protocols to try to slow the spread of the virus. The MAIS started its football season on time on Aug. 14 — Porter’s Chapel Academy was among the first high schools in the country to play — and the MHSAA pushed the start of its season back two weeks.

In college, the Southwestern Athletic Conference delayed its football season until the spring and canceled all fall sports. The Southeastern Conference delayed the start of its football season until the end of September, and then dealt with numerous postponements and personnel issues among teams throughout the season because of positive tests for the virus.

A number of high school football games were canceled and ruled forfeits because of COVID-19 outbreaks at various schools. Warren Central earned a key region win and then a playoff victory because its opponents were under quarantine. Both associations reached the finish line, however, and completed their fall seasons not only in football, but volleyball, softball and soccer as well.

Late fall and early winter brought another statewide spike in COVID-19 cases. Vicksburg High’s boys’ basketball team was sidelined for two weeks in November while several players were under quarantine, and St. Aloysius had to cancel some games in December because of an outbreak within the school.

The latter outbreaks showed that not only was COVID-19 the dominant force in the sports world in 2020, but will continue to be a factor in 2021 as well.