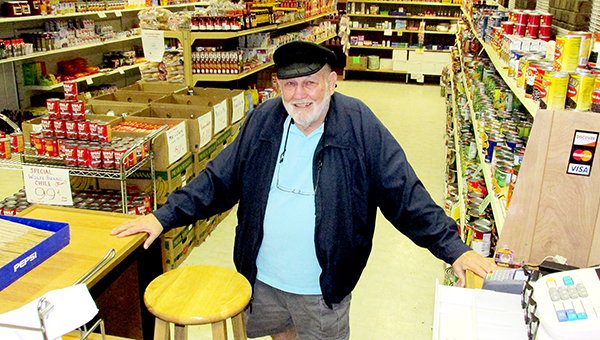 Known to his friends and customers as “Captain Jack,” Curtis’ multiple career paths began after he left the U.S. Air Force in 1957. He joined his father, Jack Sr., who was a professional wrestler and enrolled in Mississippi College in Clinton.

“I graduated from MC in 1963. I wrestled my way through college. I’d run out of money and I’d go wrestle. I dropped out (of college) twice,” he said.

Besides his career as a wrestler, Curtis served as the event coordinator for Mid-South Wrestling and later was a deputy commissioner for the Mississippi State Athletic Commission. In the 1980s he was a teacher at Port Barre, La., High School.

He returned to Vicksburg in 1989 after his father was killed in an automobile collision on U.S. 61 South, near the present site of Walmart. He remained in Vicksburg and opened several businesses.

Curtis said he got the nickname “Captain Jack” because of the Greek fisherman’s cap he wore, and because he named two of his businesses “Captain Jack’s.”

Curtis was best known for Captain Jack’s This & That, a salvage grocery store he first opened in 1995 that sold dented cans and food items considered surplus by other stores. The store was located on North Frontage Road west of the Wisconsin Avenue overpass and next door to Heads Up Salon & Spa.

Curtis said the key to his success was based on researching the field he wanted to enter and hard work.

“Knowledge and dedicating yourself to getting it done,” he said. “It’s not just saying, ‘I’m going to do this and get it done.’ You have to work at it. If you become a student of the business you’re going to do, you’re going to be all right.”

A memorial service has been scheduled for Friday at 2 p.m. at Fisher-Riles Funeral Home on Indiana Avenue.