Vicksburg man among state’s 10 most wanted 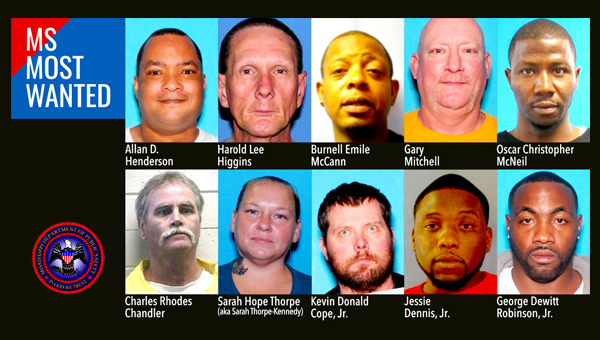 A Vicksburg man is on the state’s 10 most wanted list released Thursday by the Mississippi Department of Public Safety.

According to information from the Department of Public Safety, Oscar McNeil, also known as Oscar Christopher McNeil and Oscar C McNeil, is wanted by the Jefferson County Sheriff’s Office and the Mississippi Bureau of Investigation on charges of aggravated assault and armed robbery.

According to the state, Jefferson County authorities have issued warrants for McNeil on the charges, which accuse him of robbing a man at knifepoint and then stabbing him in the neck. He fled after the stabbing and remains at large.

McNeil, according to authorities, reportedly has an artificial left arm and tattoos on his right arm and is considered armed and dangerous. His last known address was listed on Roberta Circle in Vicksburg.