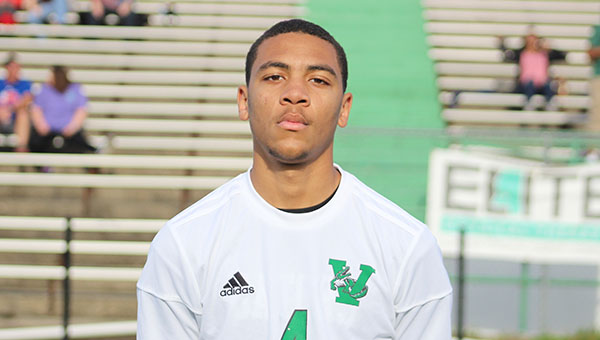 Vicksburg High soccer player Christopher Williams had a goal in regulation, and two more in a penalty kick shootout, to lead the Gators to a victory over Jim Hill on Thursday.

Keveon Smith had a goal and an assist, Christopher Williams also scored a goal, and the Gators beat Jim Hill in an overtime shootut Thursday.

After two scoreless overtime periods failed to break a 2-2 tie, the game went to a penalty kick shootout. Each team scored on three of its five PKs, which extended the shootout.

Williams scored for the Gators and Sha’Kori Regan made a save on Jim Hill’s next shot to give the Gators the win.

Williams, Stokes and Alex Burundo scored for the Gators during the shootout. Regan made three saves against six penalty kicks.

The Porter’s Chapel Academy Lady Eagles are looking forward to getting their leading scorer back in the lineup. In the... read more