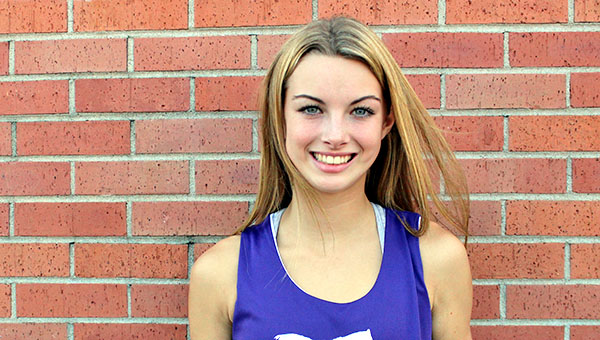 The St. Aloysius Lady Flashes used a strong defensive effort in the middle of the game and a big night from Kendyl Rice to earn their first win of 2021.

Rice scored 17 points, and the Lady Flashes held Park Place to just seven points combined in the second and third quarters to win 33-28 on Friday. They snapped a two-game losing streak to start the new year.

Falyn Lusby added six points for St. Al (5-4), and Ariel Knott led Park Place with 12 points.
St. Al entered the second quarter trailing by five, but outscored Park Place 22-7 in the second and third quarters to lead 26-16 entering the fourth. It held on from there for the win.

St. Al will next play Tuesday at 6 p.m., at Hartfield Academy in Flowood.

Vicksburg 45, Ridgeland 34
The Vicksburg Missy Gators continued their hot start to the new year by beating Ridgeland on Friday for their second Region 4-5A victory in a row.

Vicksburg took control of the game with a 15-0 run in the third quarter that pushed a one-point halftime lead to 39-21. Ridgeland ripped off five points in the final minute of the period to stop the run, but never got it back to single digits in the fourth quarter.

Vicksburg will next play Warren Central Saturday at 11 a.m. at Vicksburg Junior High.

The loss overshadowed an excellent performance by St. Al’s Padre Gray. The sophomore finished with a game-high 28 points and was the only St. Al player in double figures. Kevin Thomas was next on the scoring list with six points, and Carter Magee had five.

Vicksburg 69, Ridgeland 62
Keshawn Brown scored a game-high 22 points, Taylon Smith added 15, and the Vicksburg Gators (8-5, 1-1 MHSAA Region 4-5A) beat Ridgeland for their first region win of the season on Friday.

Brown and Smith each scored eight points in the fourth quarter as Vicksburg fended off a late charge by the Titans. Vicksburg held a comfortable 49-34 lead entering the fourth quarter, but Ridgeland went 13-for-15 at the foul line in the final period after not shooting any free throws in the first three.

Decarlos Wilson went 7-for-7 at the free throw line, scored 13 points in all in the fourth quarter, and led the Titans with 21 points. Jeff Alexander scored 10 and Amare Holmes had nine.

Jaden Williams finished with nine points for Vicksburg, and LaCaris Jackson had eight. All of Williams’ points came in the second half.

There is snow in the forecast late this weekend. In some places, they call that “Tuesday,” but here in Central... read more