Toney’s reels in a huge catch of Readers’ Choice Awards 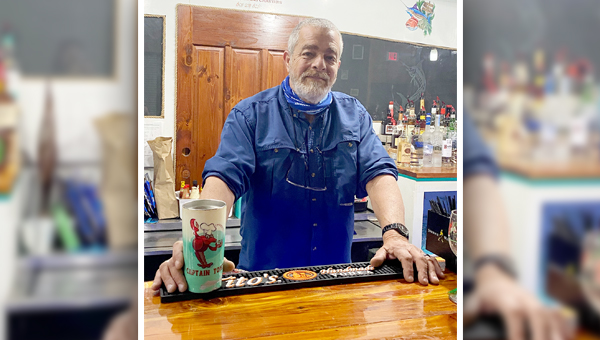 Toney’s Grill & Seafood Market owner Charles Toney Jr. is always around to “have his eyes on everything.”

“You know you’re married to a restaurant,” Toney said.

Toney spends around 12 hours in his restaurant every day — only taking a break to hunt a few times a year.

“I’m always just a phone call away,” he said.

He spends these long hours in a new building that was inspired by his charter fishing business in Grand Isle, La. The restaurant now features decorations such as mounted fish, a bar that was modeled after his charter boat, and tin that he rusted himself.

Toney’s Grill & Seafood Market moved to this new building on Highway 61 in 2018 and opened Toney’s Liquor Store on the same property.

“Wasn’t expecting all that, let me put it that way,” he said. “It felt awesome. You know you’re doing a good job. You’re treating people right, you’re giving back to the community. You help people that are in need.”

He credits his success to the dedication that comes from him and his team.

“We’ve got a great team. With them doing what they’re supposed to do and (you) taking care of the people that work for you, then you’ll be successful,” Toney said.

The Vicksburg community has also been an integral part in keeping Toney’s a success, especially during the pandemic.

“Without your customers and your employees, you’re nothing. They’re what makes you successful. Our business has been great,” Toney said. “Vicksburg’s been awesome. We had a little bump in the road there in March and April when it first happened, but you know we’re not geared for 300 or 400 to-go orders a day.”

Somehow, they have made it work, and Toney’s experienced a more profitable year in 2020 than in 2019.

“We’re up for the year. Which is crazy for a pandemic. That beats the 40-50 percent I thought we were gonna be down,” he said.

During a normal year, the restaurant would cater many events and cook for large crawfish boils, but like most things in 2020, those events did not happen.