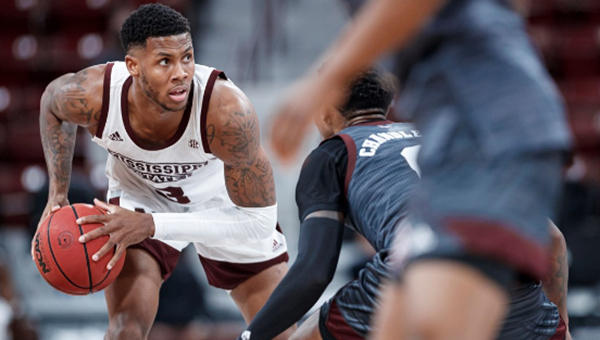 Jay Jay Chandler scored 12 points off the bench to lead Texas A&M. Gordon finished with 11 points and Miller had 10 points and eight rebounds.

“Give Texas A&M credit, they really fought and scratched. I thought Jay Jay Chandler was a key guy for them down the stretch, and he made some big shots,” Mississippi State coahc Ben Howland said. “They are a very well-coached, hard playing team. They hung in there with us and took advantage down the stretch. We have to bounce back from this.”

Jalen Johnson split a pair of free throws for Mississippi State to cap the scoring with 57 seconds left.

“We used our intensity on the defensive end,” Chandler said. “We got down there and tried to grab as many rebounds as possible. They outrebounded us in the first half. That was what the conversation centered around during halftime. We knew that we all needed to come together and get down there on the defensive end, and to limit the extra shot. We were shooting shots that everyone knew were going up, which allowed us to crash the boards and get more shots up as well.”

Texas A&M used a 17-4 run to tie it at 44 with about eight minutes remaining. The Bulldogs entered having won four of their last five against the Aggies.