Kade Oldenburg credits the community for his success in insurance 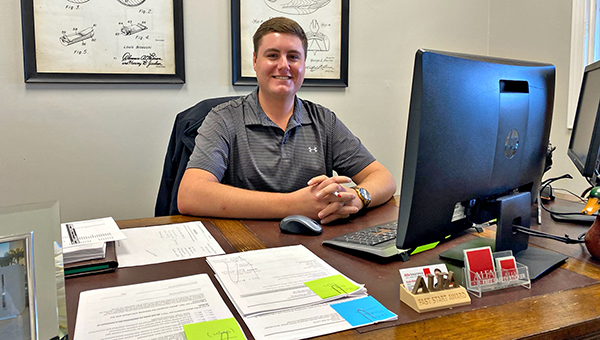 Kade Oldenburg was born and raised in Vicksburg. He received instant support from his hometown when he returned to work as an Alfa Insurance agent.

Oldenburg studied business at The University of Arkansas and never thought of a career in insurance until a close family friend, Jerry Stuart, recommended the idea.

“I majored in business, and a good friend of ours, Jerry Stuart, he’s an Alfa agent here in town. Before I graduated, I went and spoke with him, and he got me on board and got me an interview with the district manager over in Jackson,” Oldenburg said.

He originally planned to work under Stuart, but decided to go out on his own.

“I started what we call as a scratch agency, which means you can start with no customers. I had to start new like that,” Oldenburg. “It was just straight out of college I just started my own little business.”

Family, friends and members of the community instantly supported him, and he had a clientele in no time. This past June he took over Nan Stewart’s office and now has more than 1,000 clients.

He received advice from several other agents in the district before he began.

“When I first started I talked to other agents that were in our district that were successful, and I was kind of worried. Ours is kind of a numbers game. We have quotas that we’re supposed to meet every year, which kind of makes you nervous,” he said. “The ones that were successful just told me, ‘don’t worry about the numbers. Just do right by your customers, just put them first, and the rest will follow.’”

“We’re excited to win. It feels good to get recognized for all the hard work,” he said. “It feels really good just to be supported by the community.”

Oldenburg also received several awards from Alfa Insurance in his first year in business, including the “Rookie Award.”

Oldenburg credits the community for his success.

“Connections make or break your business,” he said. “I don’t think I would still be in business if I wasn’t in Vicksburg.”