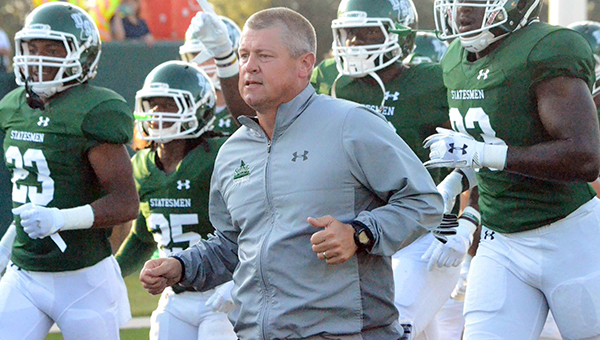 Since arriving at Delta State in 2013, Cooley has directed the Statesmen to one Gulf South Conference championship and two appearances in the NCAA Division II Football Playoffs.

Cooley has a 43-32 record in his seven seasons with the Statesmen. Delta State has produced 21 All-Americans, 51 All-Gulf South Conference, and two GSC Offensive Freshman of the Year selections.

“I want to thank Coach Mike Kinnison (Director of Athletics) along with President Bill LaForge for believing in me and our coaching staff,” Cooley said in a statement. “This contract just reinforces that we are doing things the right way on and off the field as a football program. My wife Lisa and I really enjoy working here at Delta State and living in Cleveland. So, this is a true blessing for our family.”

Cooley and the Statesmen begin spring practices in March in preparation for the upcoming 2021 campaign. Some Gulf South Conference teams will play limited spring schedules, but Delta State will not. Its 2021 season opener is Sept. 2, at home against Bethel University.