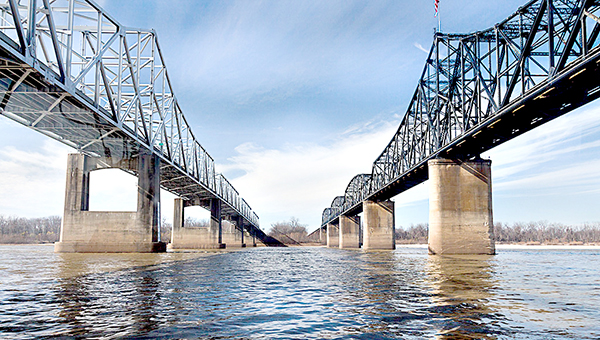 A view from underneath the Interstate 20 bridge, left, and Old Hwy. 80 bridge taken by David Rorick. (Submitted Photo)

Lane closures on the Interstate 20 bridge over the Mississippi River have been extended through Feb. 14, according to information from the Louisiana Department of Transportation and Development.

DOTD in April announced periodic lane closures on the east and westbound lanes of the bridge that connects Vicksburg with Madison Parish, La., as workers for Missouri-based contractor OCCI Inc. make repairs and upgrades on the bridge — part of a $27.7 million rehabilitation project that is expected to extend its service life.

Mayor George Flaggs Jr. is calling a Feb. 8 work session of the Board of Mayor and Aldermen to discuss... read more