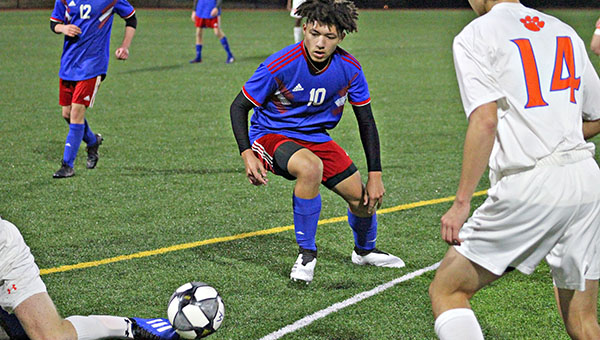 After a decade full of winning seasons, Warren Central has achieved the status of an all-star program in Mississippi. Its roster this season shows it.

King and Gilliam will play in the Central Mississippi All-Star Game on Feb. 9 at 7 p.m., on the campus of East Central Community College in Decatur.

The game is organized by the state’s junior college coaches and includes players in grades 9-12. Both King and Gilliam are juniors, and both are among Warren Central’s top players.

Griffin, a senior, was selected to play in the Mississippi Association of Coaches All-Star Game on Feb. 13 at Brandon High School. The girls’ all-star game will begin at noon and the boys at 2 p.m.

Griffin is a two-sport star who has signed to play football at Southern University.

Griffin had four goals and three assists in 10 games this soccer season — he missed several early-season games because he was still attached to the football team — and scored 33 goals in 85 games spread across six seasons on Warren Central’s varsity roster.

Flashes rout Washington on the pitch