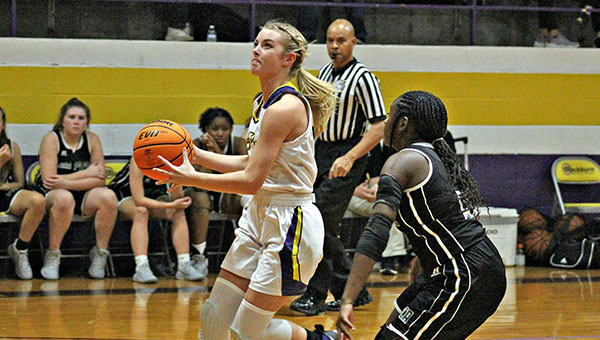 The six schools in MAIS District 3-4A voted unanimously Wednesday to cancel the league’s basketball tournament because of COVID-19 issues among four teams. The tournament had been scheduled for next week at Hillcrest Christian in Jackson.

Several makeup games among the district’s teams are now scheduled next week instead, and then the top four teams based on regular-season records will advance to the MAIS Class 4A South State tournament.

St. Al’s girls’ team is fifth in the standings and the boys are sixth, meaning Thursday’s regular-season finale at Madison-St. Joseph will also be the last game of the season.

The district’s junior varsity tournament will still be played as scheduled Saturday at Central Hinds Academy in Raymond.

“I’d rather the season end on the court than how it’s ending, but I understand the circumstances,” St. Al coach Mike Coleman said. “Of course, if we win tomorrow night it means we won our last game and not many teams get to say that.”

While disappointed, Coleman said he also took a realistic view of the situation. The Lady Flashes would have played Simpson Academy in the first round, and the boys’ team would have played Hillcrest Christian.

Simpson beat the Lady Flashes by 44 and 42 points in two meetings last week. Hillcrest beat St. Al 97-70 in a boys’ game on Monday night. St. Al’s girls’ team has a 7-10 record, and the boys are 3-14. Springing a massive upset on either opponent would have been a tall order, Coleman said.

“Our girls had a fairly good season. Seven wins and hopefully we’ll get No. 8 tomorrow night,” Coleman said. “I appreciate the effort the girls have put out. Our district is loaded, and those top four teams are good. Our district is like the SEC West. If you’re Mississippi State or Ole Miss and have a good season, you still have to go through LSU and Alabama.”

The Vicksburg Missy Gators checked one milestone off their to-do list on Tuesday night. Layla Carter scored 10 of her... read more