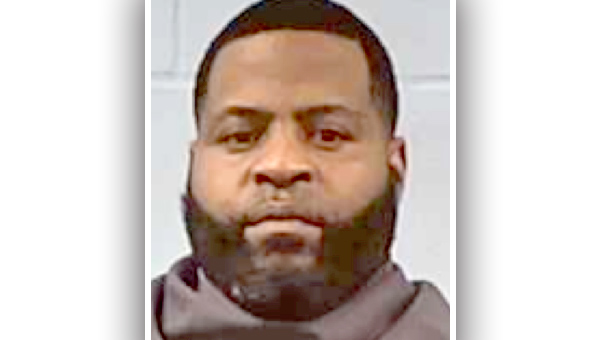 Crime reports: Vicksburg man charged with trying to run ex-girlfriend off the road

A road rage incident Wednesday has led to the arrest of a Vicksburg man, who now faces felony domestic violence and aggravated assault charges.

Just after 1:30 p.m. Wednesday, officers took a report at the police station from a victim who reported her ex-boyfriend rammed her car several times in an attempt to force her off the road while she and two friends were traveling along Porters Chapel Road and Indiana Avenue.

During his initial court appearance in Vicksburg Municipal Court Thursday, Judge Angela Carpenter set Cooper’s bond at $160,000 and bound his case over to the grand jury.

• On Wednesday, at 5:57 a.m., officers responded to the Temple of Christ Church at 1922 Pearl Street for a possible arson. The owner reported someone attempted to set fire to the front door of the church.

• On Wednesday, at 10:06 a.m., officers responded to the Red Dot storage facility at 4299 Halls Ferry Road in reference to the burglary of two storage units. The two victims reported someone broke into their units, replacing the locks with their own. It is unknown at this time the full value of the missing articles.

• On Wednesday, at 4:51 p.m., officers responded to Kirk Brothers Ford, 2431 North Frontage Road, in reference to a stolen vehicle. The complainant reported a male subject was seen on surveillance shortly after 9 pm on Jan. 21, 2021, walking into the shop and driving away in a 2017 Ford Fusion.

• On Wednesday, at 7:47 p.m., officers responded to a residence in the 4100 block of Washington Street in reference to an auto burglary. The victim reported someone had broken the passenger side window of his 2004 Ford F150 and stole a 7mm Ruger rifle with a case, a brown back pack, a GPS, a compass, several hunting knives, $200 cash, a computer, a bag filled with books, his business check book, his personal check book and a Sears Mastercard.