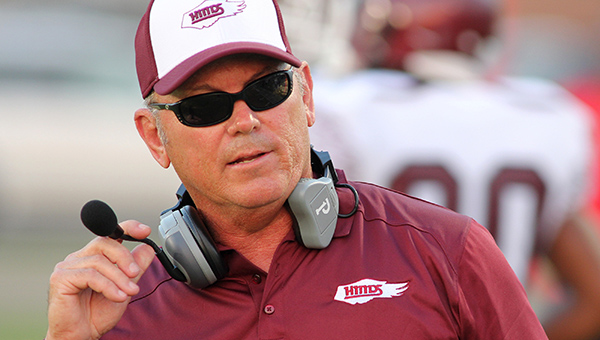 RAYMOND — After more than three decades at the forefront of Hinds Community College’s athletics program, Gene Murphy is ready to ride off into the sunset.

Murphy has been the junior college’s athletic director since July 1997 and served two stints as head football coach, the first time from 1987 to 2003 and again from 2009-16.

Murphy first came to Hinds in 1983 as an assistant football coach, and was promoted to head coach four years later. The Eagles won the Mississippi Association of Community and Junior Colleges championship in 1988, and then four in a row from 1994-97. A sixth state championship was claimed in 2000.

Numerous former Eagles have gone on to careers at four-year universities and more than 50 have played in the NFL.

Murphy added the title of athletic director in 1997. He stepped down as football coach in 2003, but returned to the position in 2009 and coached through the 2016 season. In September 2017, the field at Joe Renfroe Stadium on Hinds’ Raymond campus was named in his honor.

Murphy’s influence was not felt just on the field, however. Hinds has won the David Halbrook Award 15 times since 1987. The award is given to the community college with the highest percentage of graduates or completers in its athletic programs district-wide.

“His Christian influence on the young men that played for him goes beyond the field of play. He helped them become successful men — not just football players,” said Rick Trusty, president of the Hinds Community College Athletics Alumni Chapter. “I have thoroughly enjoyed my association with him and wish him well. He certainly deserves to enjoy some time for himself.”